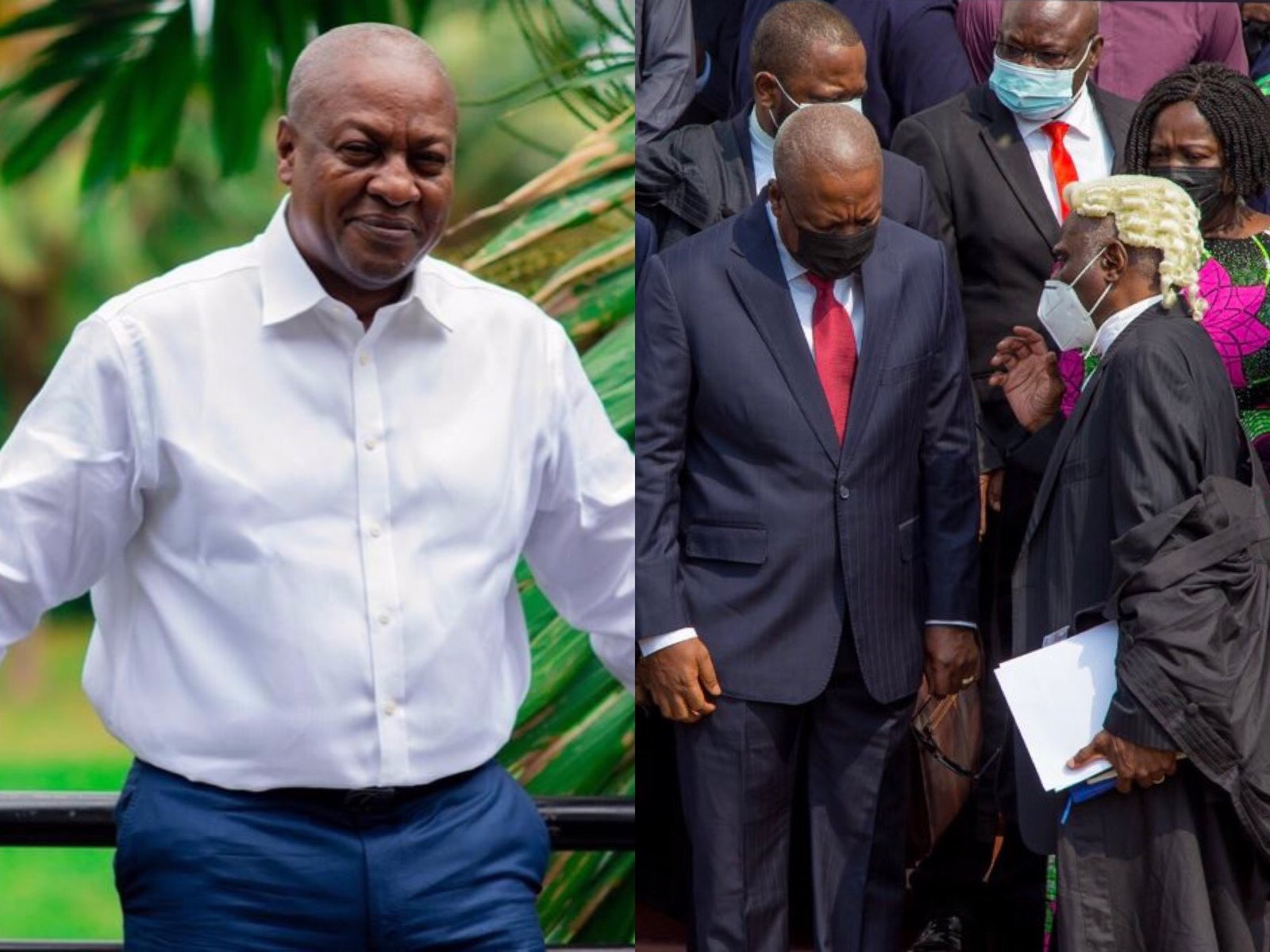 Former President John Dramani Mahama has filed an application for stay of proceedings of the Election Petition.

John Mahama, through his lawyers earlier this week filed a motion at the court seeking a review of the Supreme Court’s ruling denying him the opportunity to put some 12 direct questions [interrogatories] to the Electoral Commission, which he argued would have helped narrow down the issues for trial.

Read Also:  Tsikata Tells Supreme Court to Order A Re-run Of Election 2020 Because Jean Mensa Refused To Explain Why She ‘Changed Figures’

“The court is of the opinion that the crucial issue of relevancy has not been established in this application…We accordingly refuse to grant the application and same is accordingly dismissed,” portions of the ruling by the seven-member panel of Justices hearing the case stated.

READ ALSO; You can’t sacrifice justice in the name of ‘we are in a hurry’ – Tsatsu tells Chief Justice in open court

Some of the information Mahama’s legal team led by Tsatsu Tsikata was seeking answers to, included, the manner in which the results of the 2020 presidential polls were transmitted and the level of involvement of the National Communications Authority (NCA) in the process.

On Wednesday, January 20, 2021, lawyer for former President John Mahama in the ongoing election petition case challenged the timelines announced by the Supreme Court for the hearing of the petition, suggesting that the court seems to be rushing the case.

Mr. Tsikata was of the view that the court should make considerations for its motion for a review of its earlier decision against him in the timelines, but the Supreme Court argued that given that the motion was not a Stay of Proceedings, the substantive Election Petition hearing can go on while Mr. Tsikata pursues the motion for review.

Share with Friends:
Related Topics:Election PetitionFeaturedJohn Mahama
Up Next