Mahama Bemoans State Of Economy To Akufo-Addo; Tells Him To Sit Up And Fix It 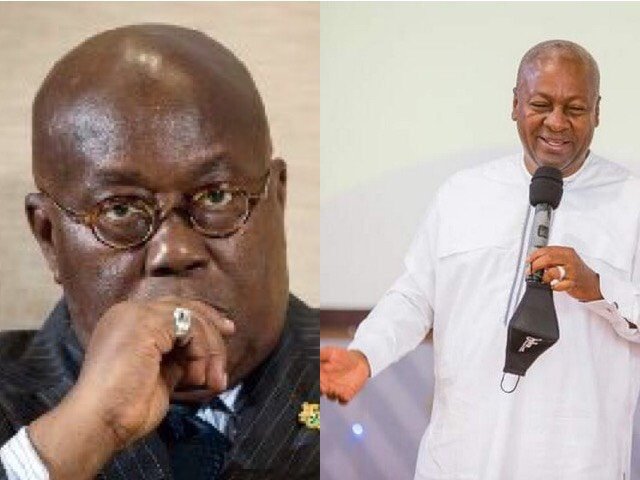 Former President John Dramani Mahama has called on President Nana Addo Dankwa Akufo-Addo’s administration to do something about the bad state of the economy.

According to Mahama, times are hard for Ghanaians due to the bad nature of the economy.

Mahama made this known while speaking on TV XYZ on Tuesday, November 9 as part of his tour of the Greater Accra Region.

“I think that this government has to sit up.”

Mahama began this tour to thank Ghanaians for their votes during the 2020 elections on Tuesday, August 17, 2021, in the Upper East Region.

He has since toured 15 regions, wrapping up with the latest in the nation’s most populous region.

The former president is expected to wrap up his tour with a special address on Wednesday evening.

Meanwhile, former president John Dramani Mahama asserted earlier that people are really suffering in the country as a result of the difficult times under the Akufo-Addo administration.

According to Mahama, the prices of food and other important commodities keep shooting up on a daily basis.

He added that the cost of fuel at the pumps keep going up thus, affecting the price of goods on the market.

He made this known in a meeting with the chiefs and other dignitaries in the Eastern Region of Ghana as part of his thank you tour.

In other news, the General Secretary of the New Patriotic Party said that the employment challenges in the country are due to the poor decisions taken by the previous Mahama government.

According to him, the previous Mahama-led government had agreed to certain terms and conditions proposed by the IMF which were not in line with youth development in the country.

Speaking at the NPP Annual General Meeting of the Volta Region, he assured that the ownership of Akufo-Addo would address the lack of jobs through industrialization.

Stop Being Arrogant And Fix Poor Roads – Minority To Amoako-Atta