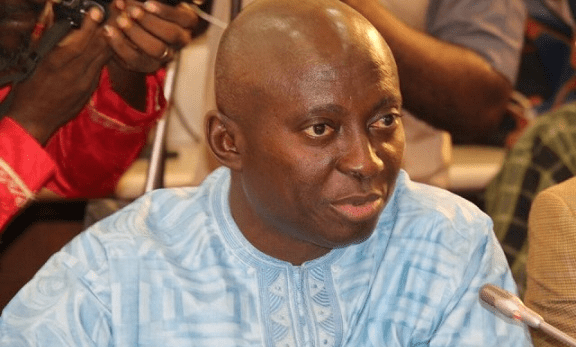 The Minister for Works and Housing, Samuel Atta-Akyea, has told Parliament, the dredging of the lower section of the Odaw river will commence immediately.

This he said is part of the government’s critical management plan to deal with perennial flooding especially in Accra.

Briefing Parliament on the Ministry’s plans to deal with flooding, Atta-Akyea outlined some drainage projects to be commenced across the country.

He said the projects will cost about 194.5 million Ghana cedis.

“With regards to the Odaw River which has been causing perennial flooding of cars in the nation’s capital. Improvement works have begun on some sections of the Channel. These areas include Westlands, Pantang, Agbogba. The other areas are Kwabena Oyarifa etc. Meanwhile, the Ministry has renewed the contract with Dredge Masters for another two years.”

Meanwhile, Minority Leader, Haruna Iddrisu, says the Ministry may not be able to carry out its plans due to the irregular release of funds.

“We want to reform a drainage system of our country and do away with open drains. I only can empathize with you because you cannot do much without money. These releases from the Ministry of Finance do not come early.”

Water spilt from chocked drains unto the roads in some parts of Accra after the recent downpour, killing five people and destroying properties.

Development and urban planner, Kofi Kekeli Amedzro has suggested that the government and city authorities must re-engineer to end the perennial flooding in the capital.

He said the government must commit enough financial resources to tackle the problem.

“We have to engineer an integrated waste management system that is able to ensure that the solid waste doesn’t get into the main drain system. As a matter of priority, we need to ensure that this becomes a key issue to invest in. We can’t wait for it to become a major flash-point for discussion every year. If we are serious about this, we have to invest massively in it and ensure that all the engineering works are done,” he said on The Point of View on Monday.

The NDC Member of Parliament for Klottey Korle Constituency, Zanetor Rawlings has also indicated that the Akufo-Addo administration won’t be able to make the national capital, Accra, the cleanest city in Africa by 2020.

According to her, the almost three-year-old agenda smacks of failure as the city continues to struggle to manage waste.

“Not from where I stand and not at this point in time. I don’t see the necessary things in place for it to happen. You are still seeing the rubbish everywhere. The amount of rubbish left behind when the water receded after the flooding [on Sunday] was quite phenomenal.”

“We are in our third year since that promise was made. Accra is nowhere near becoming the cleanest city in West Africa, let alone on the continent,” she added.

Share with Friends:
Related Topics:Africa by 2020Ghana NewsGhana news on the web todayLatest news in GhanaMinister for Works and HousingOdaw riverSamuel Atta-AkyeaZanetor Rawlings
Up Next