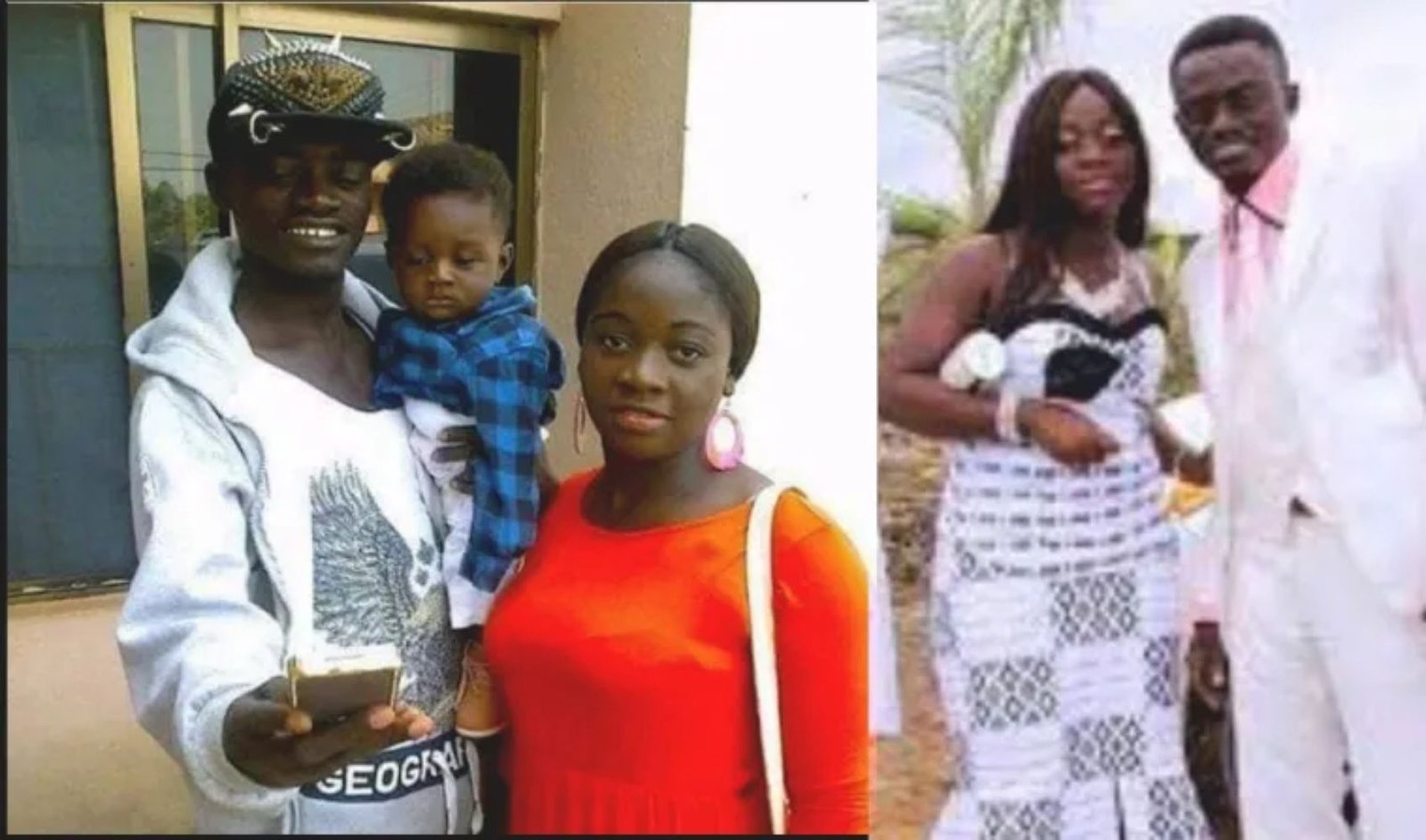 Ghanaian actor, Kwadwo Nkansah Lilwin’s new marriage to his US-based baby mama, identified as Maame Serwaa has sparked controversies around his previous marriage with his ex-wife, who is speaking up about their divorce.

Over the weekend, photos and videos emerged from a ceremony where Lil win married his baby mama.

Lilwin’s new wife is based in the United State of America. The traditional marriage ceremony  was held at a private venue which saw in attendance various personalities from the Entertainment Industry.

According to Patricia Afriyie, who confirms she has heard of her ex-husband’s new marriage, she goes way back with him because the actor first impregnated her when she was just fourteen years old.

She disclosed that she lost her first pregnancy at age 14 and gave birth to two kids shortly after.

“I was 14 years when Lil Win and I started being intimate. He met me when I was 14 and we started dating. I was a class 6 student. I was in school till JHS 3 when I became pregnant. I was pregnant with my first child at that time,” she said.

She continued that “prior to that I got pregnant at age 14 and had a miscarriage. I gave birth to our firstborn at the age of 15. Then seven months later I got pregnant with the second born“.

Detailing life with Lil Win before his breakthrough, she recounted that “we’ve been through a lot of hurdles since I met him. There were times we had to soak and drink gari before going to bed. People even tried to advise me against him. They tried to stop me from dating him but I had hope that things will get better. I met him when he was an upcoming actor and a shoe seller.”

Ms Patricia Afriyie also alleged that Kumawood actress, Sandra Ababio was the cause of their split. “I saw her nude photos on Lil Win’s phone, that was when I believed what I was told that she was dating him“.

In the interview below, she used foul words to describe Sandra as a witch who ruined her marriage with Lil Win.

Watch the video below for more.