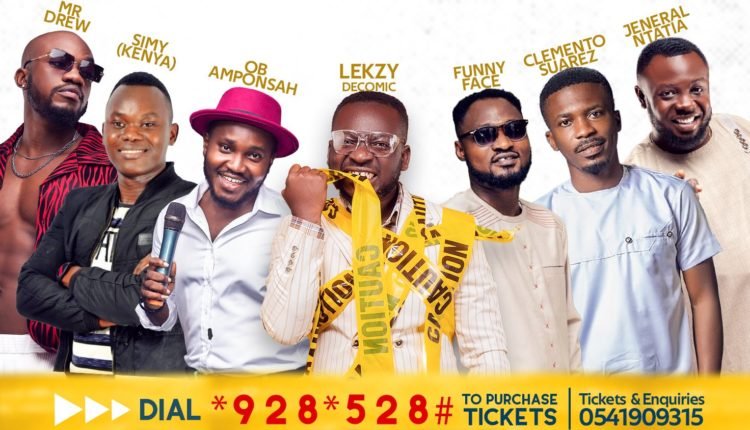 Ghanaian comedian Lekzy DeComic is back with Chapter 2 of his ever hilarious self-written comedy special, Too Cute To Be Mute.

For many who have long yearned for a repeat and perhaps a reload of the previous editions held in Accra and Kumasi respectively, the highly sought-after Ghanaian comedian returns with Too Cute To Be Mute Chapter 2 and this time, at a bigger auditorium per popular request.

Scheduled for September 30, 2022, the National Theatre will see Lekzy DeComic return with some of the most hilarious comedians in the country including OB Amponsah, Clemento Suarez and General Natia.

The night is expected to get even more exciting as actor and comedian Funny Face who went on a hiatus makes a grand return to the stage at Too Cute To Be Mute Chapter 2.

Lekzy DeComic has over the years endeared himself to the hearts of many across the world with his craft. He has performed on some of the biggest stages in the country and promises even to do more with his upcoming show.

His craft has earned him several nominations and awards over the period.

“If you think Too Cute To Be Mute was the best thing you ever saw in terms of comedy, then brace yourselves for even a far greater experience with Too Cute To Be Mute Chapter 2. I have been working on this for quite a while and can’t wait to share this incredible talent with the world on September 30, 2022.” 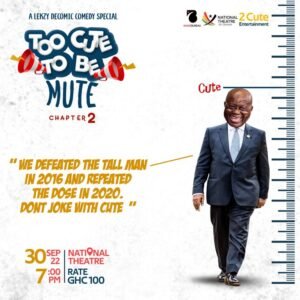 Too Cute To Be Mute Chapter 2 is put together by 2Cute Entertainment, Image Bureau and the National Theatre of Ghana.

Selling at GHC100, tickets are currently available for purchase via *928*528#. Other ticket outlets include Pluzz FM and GH One TV front desk.