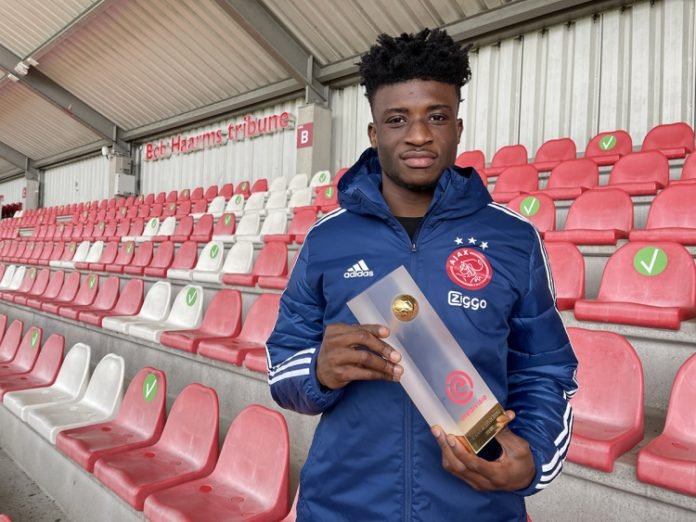 Ajax Amsterdam and Black Stars player, Kudus Mohammed has been named the best U-21 player in the Dutch Eredivise.

The Ghanaian international netted twice in four games this month before the Dutch Eredivise season ended.

Read Also:  'I Made A Mistake' - Wayne Rooney Begs Family For Forgiveness Over Implicating Online Pictures With 3 Women

According to the Dutch Eredivisie official website, his passes and dribbling abilities after recording 92.4% accuracy of his 132 passes, made him stand out to clinch the accolade.

The 20-year old forward wins the award to become the second player in Ajax toto win the award after his teammate Jurriën Timber, who received the award in April.

The former FC Nodsjaelland ace was also named in the Dutch Eredivisie Team of the Month for May.

He won the Dutch Eredivisie title and the Dutch Cup with Ajax in his debut season with the club.