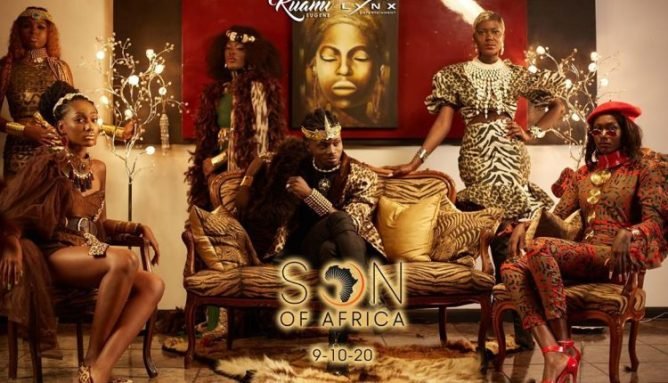 The maiden edition of Africa’s biggest awards ceremony Global Music Awards Africa came off on the 20th March 2021 to award hardworking musicians on the continent. It was a night of total shutdown of performances and memories from various artiste.

Artiste from the length and breath of the continent were put together to grace the accession and awarded for their immerse contribution to the Africa music diaspora.

The likes of KIDI, Kelvynboy, Beenieman, Burna Boy, Flowking Stone, Choqolate, Mos B, Mr. Drew, Star Zee, Stonebwoy, Shatta Wale, Nedy, Master KG, S3fa among others won in their respective categories, but the ultimate was the Global Album of the year which was heavily contested but was won by Lynx Entertainment signee Kuami Eugene for his Son of Africa Album.

The album consist of 14 track list which include his hit songs “Open Gate”, “Amen” “Beifour” and “Song of Africa.

Video: Efya Exposes Slay Queens, Says They Are Ones Who Sleep With Broke Boys The Most- Video