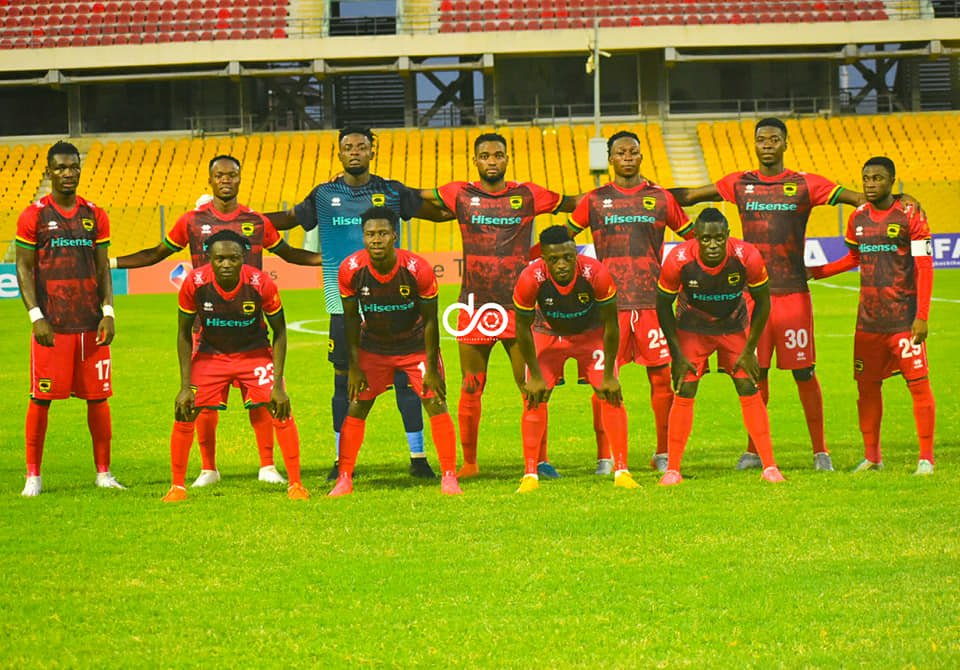 Asante Kotoko are heading to Court of Arbitration for Sport (CAS) to challenge their elimination from the Caf Champions League.

The Porcupine Warriors were booted out of the competition without playing the second leg of their first-round fixture against Al Hilal in Sudan after the match was called off.

Al Hilal were awarded a 2-0 victory following disagreements over Covid-19 cases prior to kickoff.

Kotoko could not raise enough players for the encounter in Omdurman after reports that seven of their players (and up to four officials) had tested positive for the virus.

Kotoko had travelled to Sudan with 22 players, while CAF rules dictate that a team needs to have at least 15 players for a game to start.

However, Kotoko claim they have substantial evidence that the Covid results, supervised by the host club, were questionable.

If only Nyantakyi wasn't pulled down. We wouldn't have experienced this. #JoySMS https://t.co/RFfPuqqvYu

Kotoko, due to the elimination from the CAF CL, have dropped to the Confederation Cup. Their opponents for the playoff will be revealed on Friday.

Kotoko were chasing their first Champions League group stage appearance since 2006.
They had travelled to the North African country with the cautious optimism of overturning the 1-0 defeat in the first leg in Accra on December 23.