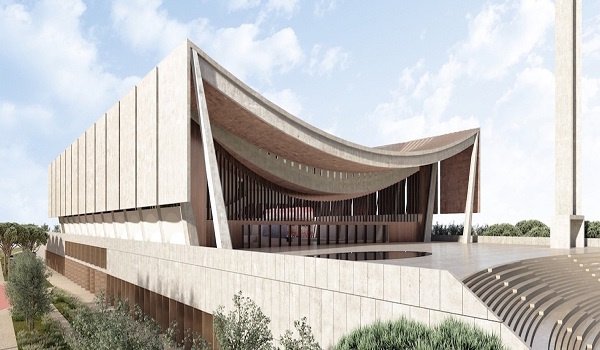 In a bid to get a total of one million dollars and over to put up the national Cathedral, the government is appealing to Ghanaians to support with a monthly contribution of GHC100 monthly.

Finance Minister Ken Ofori-Atta says this would go a long way to help with the completion of the much-talked-about edifice to be ready for commissioning by March 6, 2024.

He made this known during the presentation of the 2021 mid-year budget review in Parliament on Thursday, July 29, 2021.

He added that a special shortcode, 979 has been developed for Ghanaians to be able to donate their little to support the construction of the Cathedral.

Making the announcement during the reading of the mid-year budget review on July 29, 2021, Ofori-Atta said the Cathedral is expected to be commissioned on March 6, 2024.

Upon completion, the National Cathedral will provide a space for formal religious activities of state and symbolize the enormous contribution of faith to nation-building.”

In a report sighted by Enewsghana.com on StarrFMonline, the Finance Minister added that, “this state and church partnership envisaged by the president to develop the National Cathedral is on course.

He detailed “the aim of the club is to raise one million Ghanaians who would give GHC100 a month for the construction of the national cathedral.”