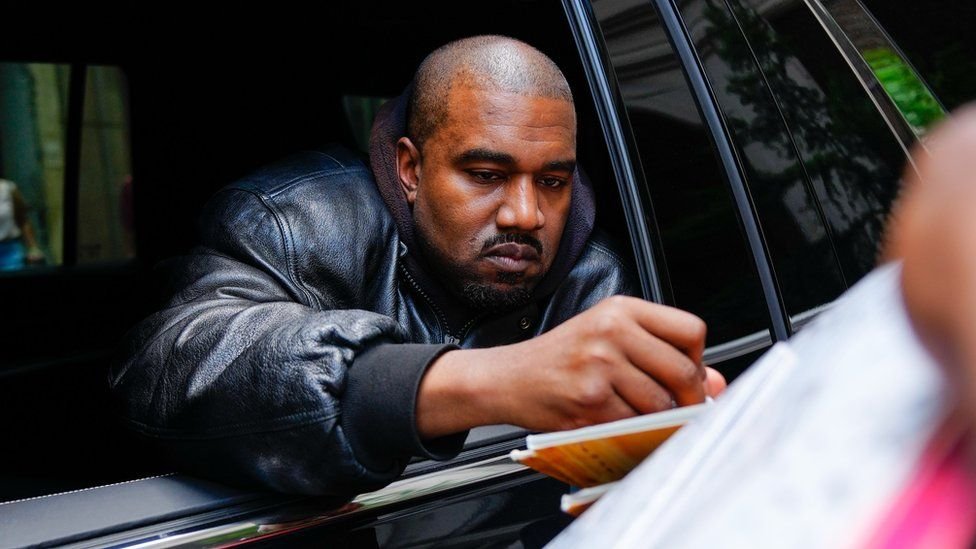 Rapper Kanye West has said he intends to run for US president in 2024, despite facing several scandals over his recent behaviour.

The star, who has legally changed his name to Ye, posted a video of his campaign logo to social media, alongside the caption Ye 24.

He also claimed to have asked Donald Trump to be his running mate.

West previously ran for president in 2020, but that campaign flopped, attracting a meagre 70,000 votes.

His latest claims came in a video posted after West was spotted at Trump’s Mar-A-Lago golf club earlier this week, accompanied by Nick Fuentes, a prominent white nationalist.

West said his request for a running mate left the former president, who recently launched his own re-election campaign, “most perturbed”.

In a video titled Mar-A-Lago Debrief, West claimed: “Trump started basically screaming at me at the table, telling me I’m going to lose. Has that ever worked for anyone in history?”

The launch of West’s campaign comes as the rapper faces a number of damaging controversies.

He provoked a storm of criticism after attending Paris Fashion Week in a T-shirt bearing the slogan “White Lives Matter” – a phrase adopted by white supremacists, who began using it in 2015 as a response to the Black Lives Matter movement.

West then claimed his critics were being paid by a secret cabal of Jewish people, a common trope of antisemitism.

As he continued to make antisemitic comments online and in television interviews, the 45-year-old was dropped by his talent agency, while fashion companies including Gap, Adidas and Balenciaga said they would no longer work with him.

The musician later commented that he had lost “two billion dollars in one day”.

Share with Friends:
Related Topics:Donald TrumpKanye West
Up Next