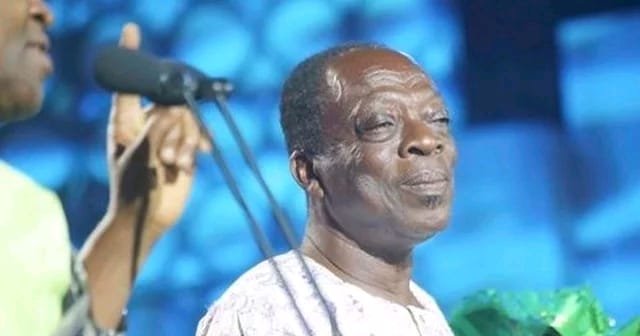 Comfort Laing, who is a daughter to the actor, confirmed the sad news to ghanaweekend.com.

According to Comfort, her father passed away at his residence in Accra on the evening of Thursday, September 16, 2021.

Kohwe is believed to be around age 75.

Sources say the veteran actor suffered from a stroke recently and was receiving treatment.

The jovial actor during an interview on Adom FM’s Work and Happiness in 2019, called on Ghanaians to support him and other actors.

Kohwe bemoaned the appalling conditions of veterans who worked hard to bring smiles to entertain Ghanaians.

The ace actor disclosed that he did not make money from acting stressing his love for comedy kept him in the industry.

Kohwe also revealed that he had to quit his job at the Foreign Affairs Ministry for acting.“I don’t regret acting comedy because I would have died long ago like some of my colleagues died out of depression, sorrow and as paupers,” he said.

Following his call for help, a few individuals extended a hand.

She visited Kohwe while on tour in the constituency ahead of the December 2020 elections.

Kohwe featured in the popular Akan Drama as well as the “Kaneshie Odorkor” TV series.

His use of the British English Language and Fante in “District Colonial Court” captivated the hearts of many Ghanaians.