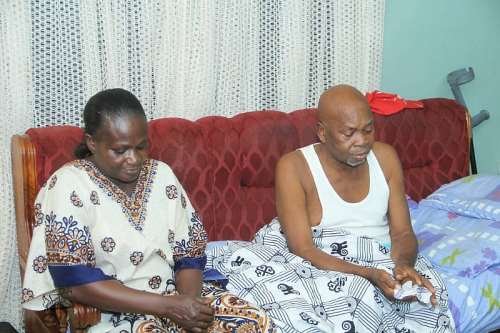 Information reaching our desk is that King Aboagye Brenya, one of the veteran actors of the Kumawood movie industry, has passed away.

Lil Win shared a photo of the veteran actor with weeping emojis and a ‘rest in peace’ caption.

Following Lil Win’s post, Adwoa Amofa, an entertainment journalist with GH One TV, also shared a photo of King Brenya to announce that he had kicked the bucket.

While the two posts did not say much about what might have caused the actor’s passing, the veteran had been known to be sick for some time now.

It will be recalled that the Kumawood fraternity including Nana Ama McBrown and others visited him in 2017 to make a donation towards his care.

The news of King Brenya’s death comes just a few days after another veteran entertainer, Nana Kwame Amapdu, passed away.

The legendary Highlife singer died on Tuesday, September 28, 2021, after suffering an illness.

As previously reported, Nana Ampadu passed on at the Legon Hospital.

Just like King Brenya’s, the news of the Highlife music star’s demise threw many Ghanaians into a state of mourning.