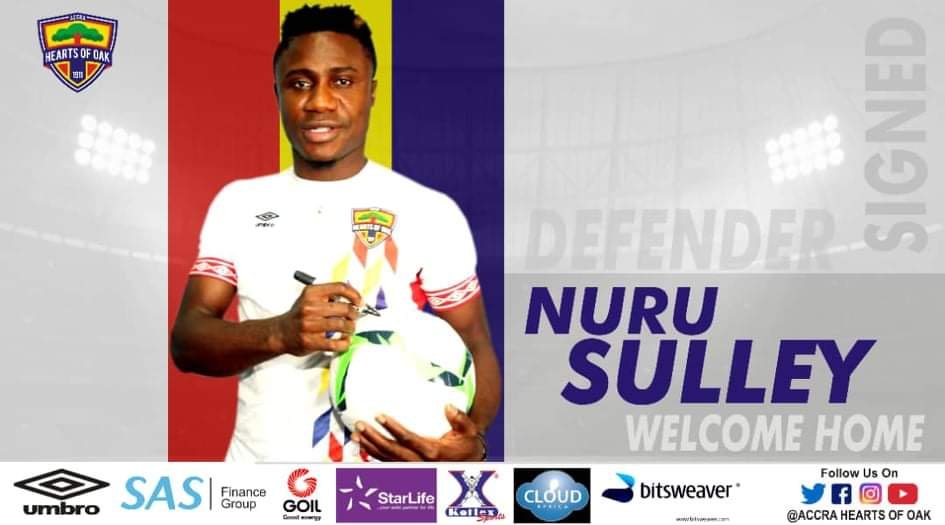 Ghana Premier League giants Accra Hearts of Oak have announced the abrogation of their contract with Nuru Sulley.

The 29-year-old has left the club after struggling for regular playing time under Coach Samuel Boadu.

The club’s official statement reads “Hearts of oak mutually paths way with Nuru Sulley. The club will like to thank him for his service during his stint with us.”

He made a return to the local scene after his contract with Lebanese club Naft Al-Junoob was terminated.