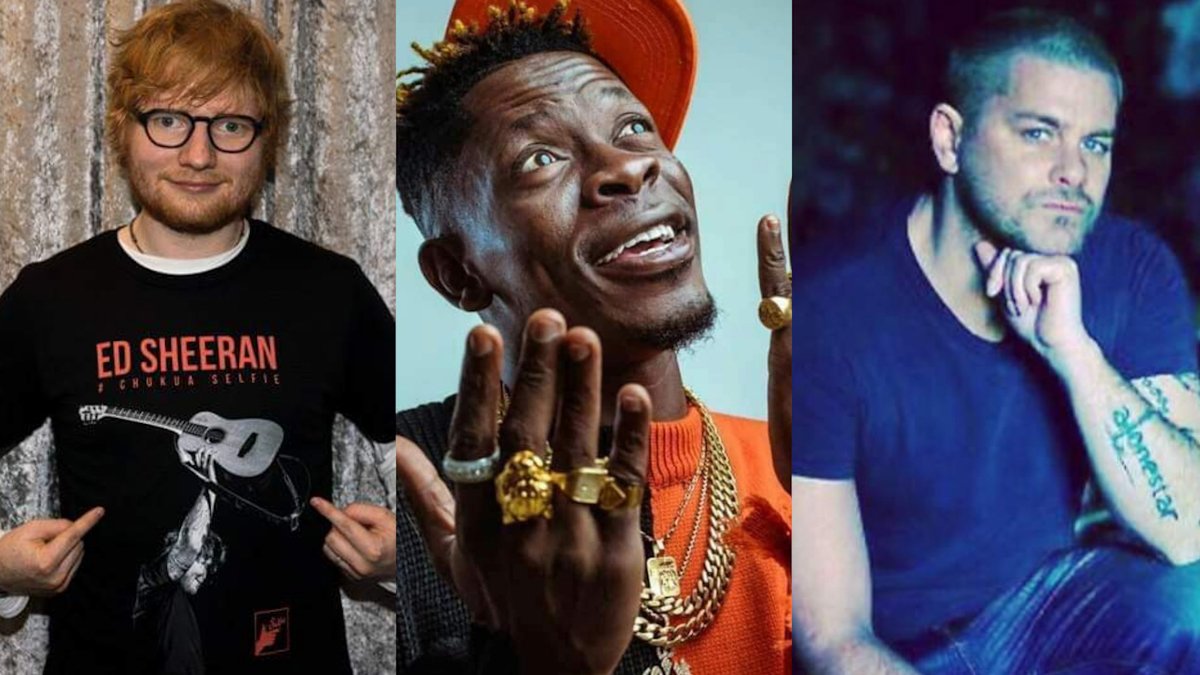 In a Twitter interview by Celebrity Access, he revealed that his favorite song ever, Raise Em Up, was yet to be recorded as he intends to feature Shatta Wale on its remix which would have his cousin Ed Sheeran and Freeway on.

Read Also:  Dave Joy Came to My House to Cry When Joyce Blessing Wanted to Divorce Him — Afia Schwasnegger Reveals

Jethro, aside from being an artiste, has executive produced all the tracks on Bars and Melody’s album “143” which successfully went straight to number 4 in the UK “Official” Charts and has subsequently gone platinum. 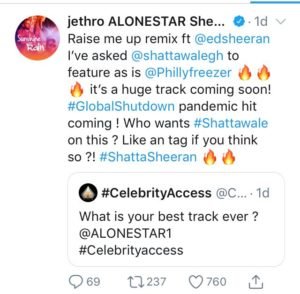 The album reached no 1 on the Billboard Charts in February 2018. It’s 2020 edition was headlined by our very own Shatta Wale and included Alonestar.

So there you have it once more. Expect Ed Sheeran and Shatta Wale on one “global pandemic hit” soon as Alonestar puts it!

READ ALSO; This Video Shows How Fans Of Stonebwoy Mobbed Him After His Interview At UTV