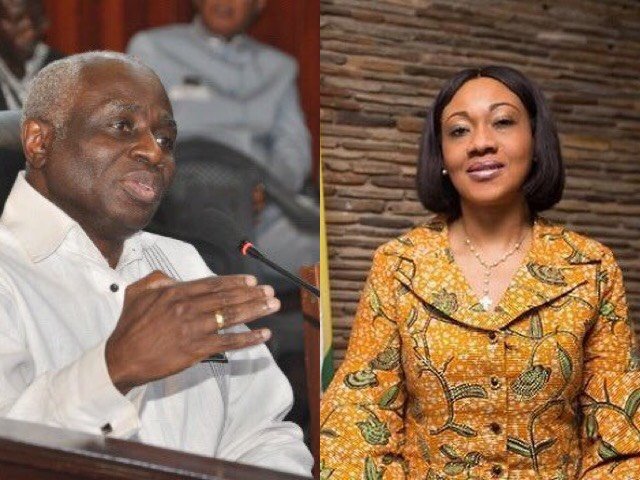 Lawyers for Jean Mensa and the Electoral Commission (EC) in the election petition are in support of the hearing of the review of the ruling on interrogatories to be brought forward from Thursday, January 28, 2021, to Tuesday, January 26, 2021.

Their stance is in support of a similar motion by the petitioner in the case, John Mahama.

In a motion signed by Justin Amenuvor, the lead lawyer for the EC, he said the sole reason for the notice of abridgement of time for the application for review is to “facilitate an expeditious trial.”

“That the abridgement of time is necessary for a speedy determination of the motion on notice for review and any further orders this Honourable Court may deem fit,” he argued.

“In the circumstances, I respectfully pray that in the interest of justice and speedy determination of This matter, and in line with the timelines of CI 99 the hearing date for the motion on notice for review be abridged to the 26th January 2021 subject to the convenience of the Court.”

The interrogatories from the National Democratic Congress flagbearer, John Mahama, wanted answers to 12 questions as part of the pre-trial process.

But both the lawyers for the EC and President Akufo-Addo opposed the application.

They argued that John Mahama and his legal team were using the “back door” to seek further information from the EC that was not captured in their petition.

Mr. Akoto Ampaw, the lawyer for the President, further described the application as a “fishing expedition”.

The Supreme Court in a unanimous decision then dismissed the application prompting the motion for review.