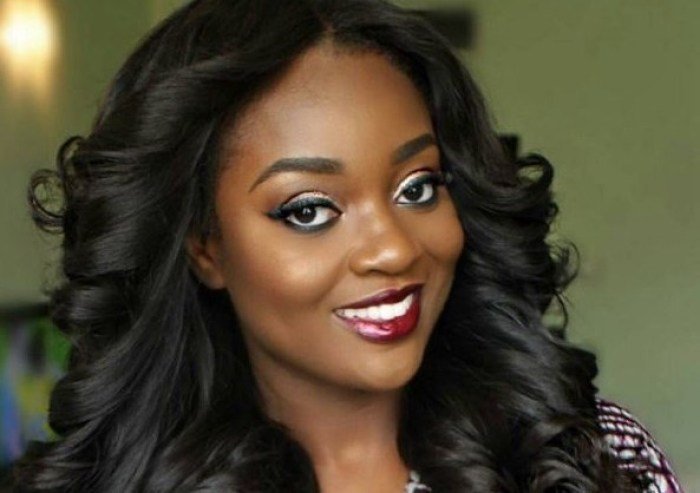 Popular Ghanaian actress and social media influencer, Jackie Appiah has flaunted her wealth in public by putting her Maserati on display during the Adonko Next Level launch in Accra.

The launch was organized by Dr Kweku Oteng, a businessman and owner of Adonko and Angel Broadcasting Network (ABN). The event took place at Holiday Hotel in Accra last Monday, which saw many Ghanaian celebrities and media personalities attending to grace the launch.

In the video sighted by Enewsghana.com, on social media, the  actress was captioned in video leaving the premises.
Jackie Appiah appeared to be wearing a glittering off-white outfit as she was spotted walking to the car park after the launch was done.
She was walking majestically and was in the company of others who were also trying to find their cars so as to depart from the venue.
Soon, the video showed Jackie close to her Maserati which had a customized licence plate as she stood by the driver’s door waiting to bid her final goodbye to her friends.

Read Also:  NDC Plans to Open Ghana Borders If Voted into Power- Mr Ampofo Reveals
Jackie who was beaming with smiles from the walkway to her car caught the eye of her friends who decided to join her for some more photos.
The video went on to give a full view of the actress’s car from the front to the back.