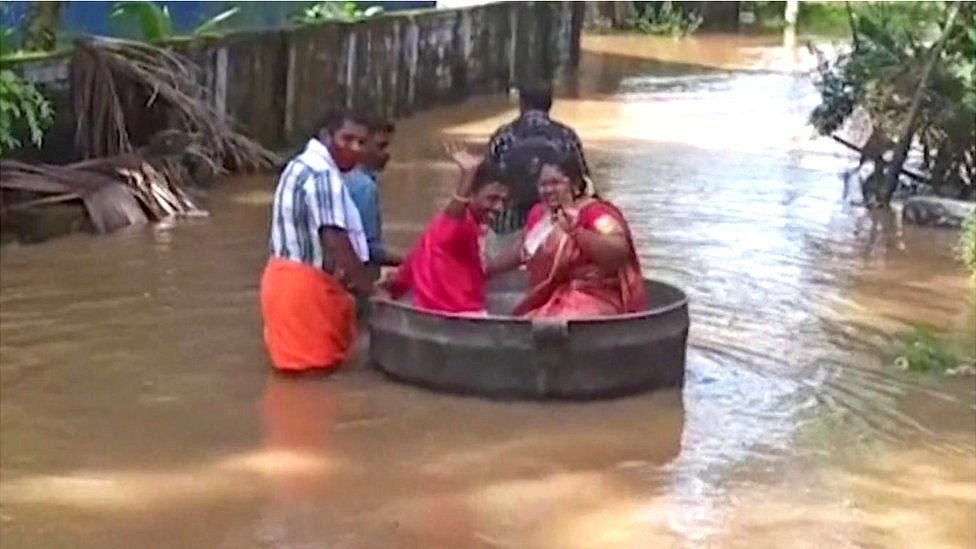 Images of a couple sat in a large cooking pot floating through flooded streets to their wedding in southern India have provided a moment of comfort to a region devastated by heavy rains.

Akash and Aishwarya were determined not to miss their big day in the village of Thalavady in Kerala state on Monday.

Pictures of the pair, both healthcare workers, in their makeshift boat were later widely shared on social media.

Rivers have overflowed and bridges and roads have been swept away – in some cases entire towns and villages have been cut off. 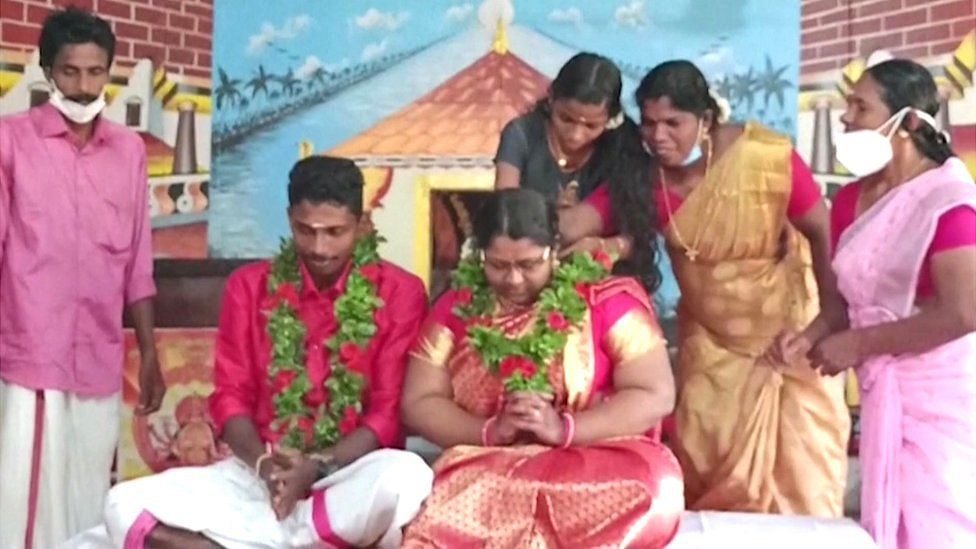 Akash and Aishwarya’s wedding venue, a small temple in Thalavady that agreed to carry out the ceremony, was also partially flooded.

The couple borrowed the aluminium cooking pot from another local temple and asked to be assisted in the vessel by men pulling them through the streets.

“It has turned into a wedding which we never imagined,” the bride, Aishwarya, told local news channel Asianet.

The newlyweds said they had initially planned a small event with a limited number of family members, but that interest after the images were posted online made them feel as though they had shared their special day with many others.

Akash said the pair had booked their wedding date a while ago and did not want to postpone it as they did not know when they would be able to book more time off work, news agency PTI reported.

He added that the cooking pot was “the only option” available at short notice.

Can Africa Fund Its Way Out Of Poverty? By Nelson T. Ajulo, PhD