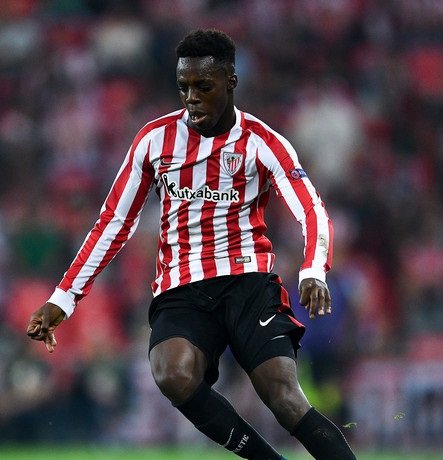 Ernesto Valverde, Athletic Bilbao manager has charged Inaki Williams to step up his goal-scoring abilities ahead of the new season.

Inaki Williams who recently announced his nationality switch to play for Ghana has been the Basque team’s main striker in recent seasons after being at the club for almost a decade.

Despite being a constant fixture in the team, only once – in the 2018/19 season – has the 28-year-old reached double figures in La Liga.

In the previous season the new Black Stars striker netted just six times for Athletic Bilbao in the league and last season, he scored eight goals in 38 league matches.

Athletic Bilbao manager believes Inaki Williams can offer more due to his versatility and, therefore, wants him to improve his numbers in front of goal.

“Well, he has been playing as a centre-forward lately. He can play both there and on the flank and during the pre-season we will test both positions,” the Athletic Bilbao boss said at a press conference, as quoted by Footballghana.

“He is a player who produces a lot and then we want him to always be more accurate in front of goal.

“I think he has to work on that, he’s working on it and we’re going to see if we can get him to increase his numbers.”

Williams recently switched nationality to play for Ghana and is expected to represent the Black Stars at the Qatar 2022 World Cup later this year.

In recent years, Williams has been rejecting Ghana but after holding a meeting with some Ghana Football Association (GFA) official during his visit to Ghana a few months ago and also Black Stars qualification to the FIFA World Cup in November played a major factor to him switching nationalities.