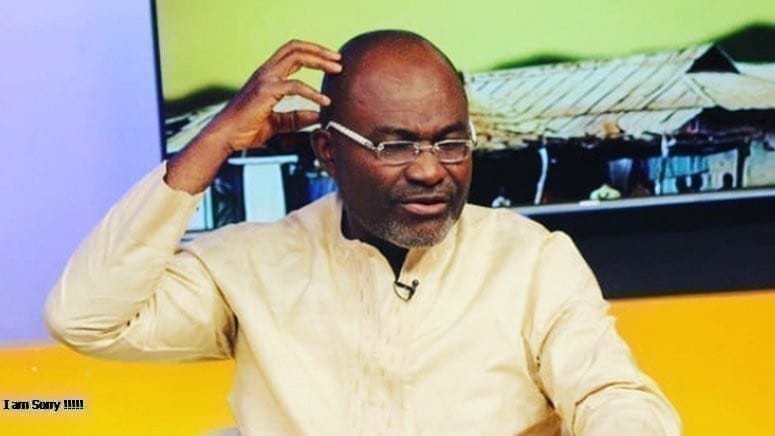 Member of Parliament of Assin North Constituency, Hon. Kennedy Agyapong doubts the New Patriotic Party (NPP) hopes of breaking the 8-year term in office ahead of the 2024 elections.

The NPP Presidential hopeful comments come after government announced on Friday, July 1, 2022 that Ghana has contacted the International Monetary Fund (IMF) for a bailout.

In press statement signed by Kojo Oppong Nkrumah, the Information Minister, it read that a telephone chat between the IMF Managing Director, Kristalina Georgieva and Ghana’s President, conveyed the government’s decision to engage the Fund.

“The President of the Republic, Nana Addo-Dankwa Akufo-Addo, has authorized Finance Minister, Ken Ofori-Atta, to commence formal engagements with the International Monetary Fund (IMF), inviting the Fund to support an economic programme put together by the Government of Ghana”.

“This follows a telephone conversation between the President and the IMF Managing Director, Krisalina Georgivia, conveying Ghana’s decision to engage the Fund,” part of the statement read.

Following this, the outspoken MP in reaction expressed his deepest disappointment in Akufo-Addo led administration after the NPP party roasted former president John Mahama for taking Ghana to IMF.

Prior to the 2016 elections, Akufo-Addo said NPP would manage Ghana’s econnomy better than NDC because they have the men.

However, it looks like they have ate their own words. Kennedy Agyapong told the party faithfuls to prepare themselves for a tough battle with NDC ahead of 2024 elections.

According to him, John Mahama greatest wish was for NPP to take Ghana back to IMF and his prayers have been asnwered.

He said Ghana going to IMF for a bailout is like NPP handing power over to NDC.