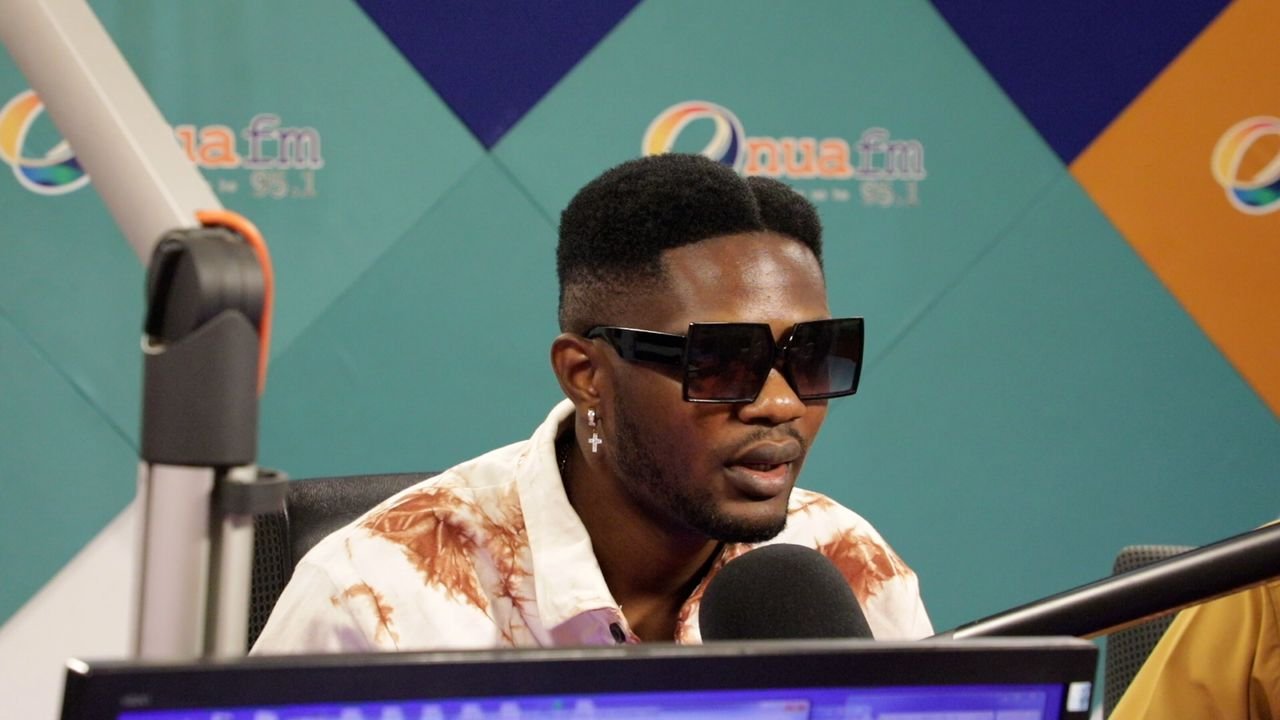 Music is dynamic and the dynamism of music highly depends on how best an artist can relate to the trend of genres to stay relevant.

VGMA reigning best rap performer Joseph Gamor popularly known as Lyrical Joe has stated emphatically that he best asset to represent Ghana on the international market when it comes to rap music.

In an exclusive interview with FOKLEX 𝗠𝗘𝗗𝗜𝗔 awards best male entertainment show host of the year Christian Agyei Frimpong on ANIGYE MMRE via Onua FM , the multi-talented rapper made it clear that most rappers in Ghana rap in the local dialect (twi) making it difficult to penetrate into the international market.

He further stated that, since English is a world-acclaimed language and he’s the best among the few who rap in English and with his prowess in the rap game, there’s no doubt he is the best to represent Ghana internationally when it comes to rap music.

Nicknamed the BEAST, Lyrical Joe participated in the popular African TV show ‘’X-FACTOR’’. He was the only rapper who represented Accra-Ghana in the competition, unfortunately, he didn’t win, but made it to a remarkable stage in the competition.

Joseph Gamor popularly known by his stage name Lyrical Joe or LJ is a Ghanaian rapper who was born on the 5th of August 1995 in Accra and hails from Mafikumasi in the Volta region of Ghana.

He had his elementary education at the Airport Police International School and furthered at Akosombo International School, where he attained his W.A.S.S.C.E certificate. After senior high school, he decided to pursue his life-long dream of becoming a well-versed musician after being motivated by friends and family.

LJ grew up listening to the likes of Lil Wayne, Eminem, Nas, Jay Z, and other great musicians and this gave him the trait of becoming a multifaceted musician; due to the various musical styles, he possesses he is undoubtedly one of the most versatile artists to ever hit the Ghanaian Music industry.

In 2011, LJ participated in the popular African TV show ‘’X-FACTOR’’. He was the only rapper who represented Accra-Ghana in the competition, unfortunately, he didn’t win, but made it to a remarkable stage in the competition. His exit from the competition didn’t end his dreams but rather helped him better craft his act. LJ has since then released a dozen of songs, to wit; Heart Breaker, Fork & Knife, I dey feel u, I’m Sick, 3-kings, Bowtie, Alright and recently released Tina.

He has also released visuals for most of these songs, and “Bowtie” video got him a nomination at the 2016 MTN 4Syte Music Video Awards in the award category “Best Discovery Video” of the year. LJ has worked with industry players such as Gemini, Flowking Stone, Guru, Tinny, Kojo Bentil, Yaa Pono etc and has also worked with engineers like Masta Garzy, Ball J, Killbeatz, Phredxter, De Thompson, Fortune Dane etc.