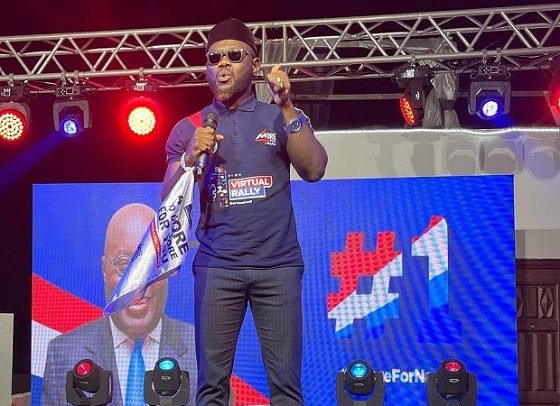 Sensational Ghanaian actor Prince David Osei has sworn to campaign against the governing NPP government if he sees no developmental progress from the implementation of the E-Levy tax.

Reacting to the new tax that has been posted out by the Ghana Revenue Authority (GRA) on electronic transactions, Prince David Osei said the charges are excruciating.

The movie star took to his official social media pages as he wrote; “Good morning fellow Ghanaians, Happy New Month and a blessed month at that. E- Levy starts today. The charges are enormous I know, we all feeling the economic meltdown.”

According to him, he will campaign against the government if he doesn’t see progress from the revenue generated from the E-Levy.

“I say this here and now without fear or favour, that if we don’t see any improvement in our economy or daily lives after all these excruciating charges, levies, etc. I will personally lead the campaign to reject this government and more, just as I put all my energy into 4more4Nana to do more,” he said.

He continued, “there’s so much misappropriation of state funds and resources that it must stop now!!! We want to see improvement in the standard of living, we want to see growth in our economy, we want a higher GDP, we want our Cedis stabilized against other currencies, we want our purchasing power back!!”

The actor known to be a sympathizer of the New Patriotic Party and who campaigned for the sitting president to win power in 2020a also admonished the government to tackle corruption as he concluded that “Ghana we love Special prosecutor, please please let’s see you in action!! Silence is dangerous .. Happy New Month! Happy Workers Day! God bless”.