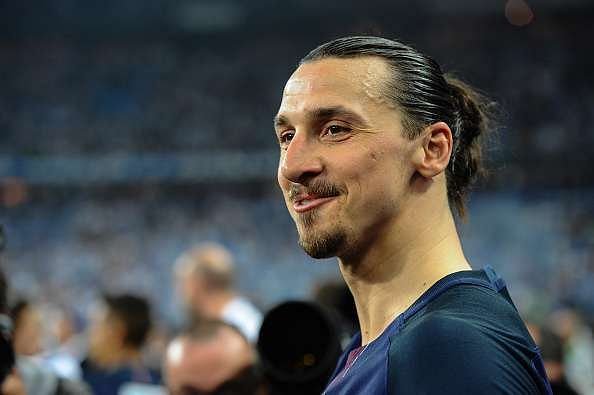 Former Paris Staint-Germain (PSG) forward, Zlatan Ibrahimovic says he will consider retirement from football should his former club defeat Bayern Munich on Sunday in the Champions League final in Lisbon.

PSG booked their place in the final after beating RB Leipzig 3-0 in the semi-final on Tuesday night, which is the club’s first in it’s 50 years history. Angel Di Maria starring with two assists and a goal in the historic win.

Zlatan, a former player for PSG commented on the historic win and ahead of their final on Sunday against in-form Bayern Munich.

The AC Milan striker said,
“PSG reached UCL their final for the first time ever in the history of Football , but they’ve done it in the wrong time. I see them crying in the final , because there’s no team at the moment that can stop Bayern Munchen , If it happens that PSG surprises lord Zlatan then I’ll consider a retirement from football.”

PSG faces the German champions Bayern Munich on Sunday as they seek to mark their 50th anniversary with a first Champions League trophy.

Zlatan Ibrahimovic scored 156 goals in 180 appearance for PSG before leaving the French side and joined Manchester United, winning Carabao Cup and the UEFA Europa League.