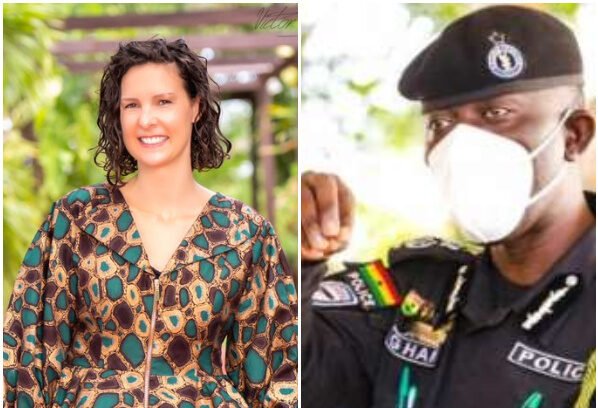 The British High Commissioner to Ghana, Madam Harriet Thompson, has finally reacted to the Ghana Police Service press statement of a four-page letter addressed to her over a tweet she wrote last month.

The tweet of May was in relation to the arrest of #FixTheCountry Movement leader, Oliver Baker-Vormawor for a road traffic offence.

However, the letter from the office of the Inspector General George Akuffo Dampare said she should mind her own business.

Speaking in an interview with GHOne TV on 31st May, 2022, Ms Thompson said it was clear that the tweet she posted had not been received the way it was meant to be.

“It is clear from the reaction that it has not been received in the way that it was intended. I wasn’t after a response from the IGP at all, when I comment on social media, I comment about all sorts of things which I am interested in,” she said.

It looks like my tweet wasn’t received as it was intended. I didn’t expect a response from the IGP at all – British High Commissioner

She explained that her comments on social media were purely aligned to opening up about what is to be High Commissioner in a country like Ghana, posting about places, people and so on.. “so I don’t necessarily look for any response.”

She said she has had a brilliant year, since assuming the position and was focused on getting to know Ghana a little bit more.

“I have a long way to go and so I am looking forward to moving beyond this incident and continuing to work with the Ghanaian Police Force (Service) as well as the many other institutions, bodies and organizations that we enjoy such good relations with.”