I Was Slapped For Being A Good Rapper – Strongman
Advertisement 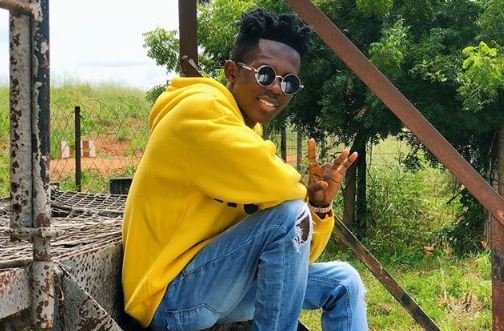 Ghanaian rapper and lyricist, Strongman, has revealed he was slapped twice by a core fan on stage for his rap prowess.

According to the boss of Strong Empire, one of the best and awkward moments of his career was when a fan jumped on stage during a performance to appreciate his rap power with two slaps.

Speaking on Starr Drive as part of his ‘The Tape EP’ media tour, Strongman said: “I think what I’m going to talk about is awkward and at the same time is the best moment. This happened somewhere in 2014 or 2015. I was performing at Repu Hall Week in KNUST a certain guy, climbed the stage and got to where I was, and he slapped me twice, and he asked me ‘Why are you such a good rapper’. The slap was painful but he was only expressing his excitement.”

Strongman recently dropped an EP dubbed ‘The Tape’ which houses ‘Statue’ and ‘Nhyira’ which featured Akwaboah.

Nhyira’, which translates to ‘Blessings’ in the Akan Twi dialect, is a song that sets to praise The Almighty for all the goodness He has bestowed unto their lives.

The visuals capture both artistes dressed in white performing the song with postures signaling praises to God. It goes on to capture the background of the song and interprets it well to appeal to the viewer.

From Strongman’s lyrical prowess and ability to adapt to all genres to Akwaboah’s impeccable vocal ability, anybody can simply relate to this new music.

‘Nhyira’ comes off as the Second to ‘Statue’ single on Strongman’s upcoming ‘The Tape EP’ which he is yet to announce a release date.