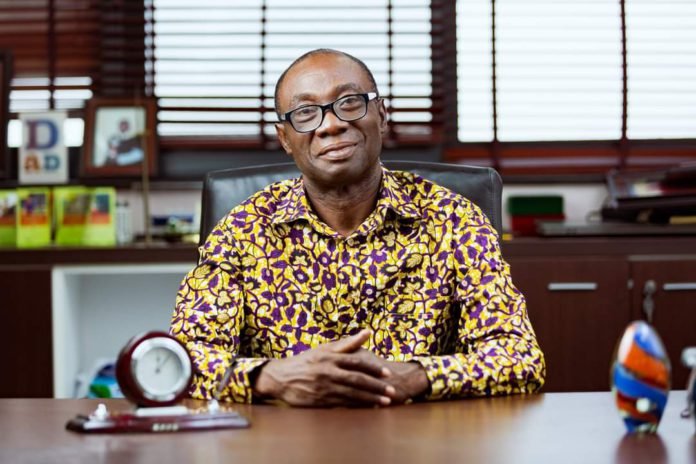 Former Minister for Power, Dr Kwabena Donkor, has finally revealed his reason for his unexpected resignation, five years on.

According to the National Democratic Congress stalwart, he laid down his work following oppression from members within the party.

Dr Donkor stated that despite his achievements in office, some party members made attempts to sabotage him.

While many tipped his resignation was due to the power fluctuation as he had himself vowed to resign if the issue was not solved, he said that was just a secondary reason.

“At least the end of the year is December, so you can hold me to that…Yes I will resign,” he is quoted to have said.

He said his resignation came after the load shedding problem had been solved, and it was due to internal politics..

“It was December in 2015 that we announced that end of load shedding because we had a lot of plans to manage our electricity. I resigned in January 2016,” he said on Adom FM’s Burning Issues.

Stating the true reason, he said some party faithful were not content with the good work he had done and promises he had fulfilled.

He added that some persons were working behind closed doors against him, for which he had to resign to “safeguard his integrity”.

He submitted his resignation letter on Thursday December 31, 2015 after series of dialogues at the Presidency.

It came at a time his one-year-reign had not succeeded in handling the power crisis inherited from the previous government.

Speaking about former ministers, yesterday the NDC family were hit with another bad news in the November just like last year November, the party founder and the longest serving president of Ghana, Jerry John Rawlings passed on.

We received a breaking news that the Former Minister for Transport under the erstwhile Mahama administration, Dzifa Aku Attivor, has died.

Family sources said she passed on at the University of Ghana Medical Centre on Tuesday, November 16, 2021, after a short illness.

The former Minister for Transport, Dzifa Aku Attivor was 65.

Dzifa Attivor was one of the leading members of the National Democratic Congress (NDC) in the Volta Region.

The Ghanaian politician and businesswoman was appointed IN February 2013 as the Minister for Transport until she resigned in December 2015 due to a controversial bus re-branding contract.

Share with Friends:
Related Topics:Dr Kwabena DonkorFormer MinisterNDC
Up Next