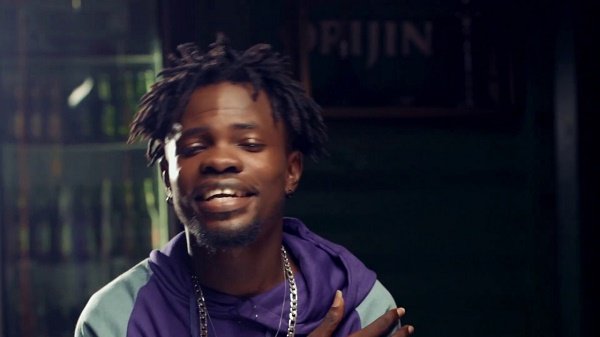 Ghanaian musician Fameye has disclosed that he used to do many menial jobs including clearing rubbish from homes as a means to make a living.

Speaking in an interview on Hitz FM, the Praise hitmaker revealed that he used to work in Kwabenya, Ashongman estates and other neighbouring communities.

He revealed that he would go to people’s houses in the morning to collect waste and sell ‘sobolo’ to residents. Fameye noted that one of the houses he used to work at belonged to his girlfriend’s family.

“I used to collect rubbish for people. Anyone in Musuku, Kwabenya will know I am not lying. Especially those living around Kwabenya East Police Post… I weed the whole community. I used to plant flowers around that place. Likewise, I used to sell sobolo to students, and I was weeding from house to house,” he said.

He explained that he shudders to recall his past these days because it brings him so much pain.

Fameye noted that he puts everything about his past in his music now. He added that those experiences and his aspirations inspired his Praise song and subsequently his album Songs of Peter.

He added that, “I know what I have been through. I come from a rich home, and I am not supposed to suffer, yet it happened. Not only that, but I come from a house that they have nice girls and people travel in and out. Even Majid and Kubolor used to come to my house.”

“People used to ‘insult’ me that I am an orphan, but I have always believed in myself. I see myself as an underground artiste even up till now, and I know I will make it,” Fameye said.

The album puts his life into perspective and it is also a manifestation of what he wants his future to be, Fameye added.