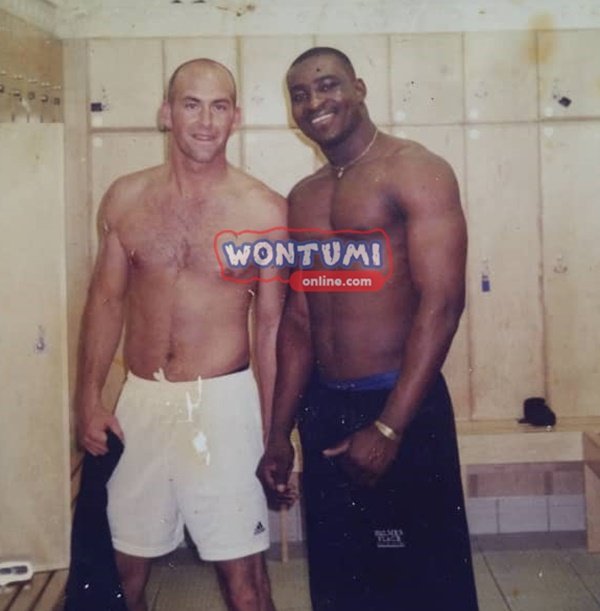 Speaking in an interview on Wontumi FM’s Sports Show, the leading NPP member disclosed that had it not been the Grace of God he would have become a UFC fighter.

Touching on why he failed to become a UFC fighter, the Ashanti Regional Chairman of the ruling New Patriotic Party (NPP),  said that his boss had a change of mind about him joining the sports although he qualified for the sports.

“it was a new sport in London in 2001, and my boss nearly made me join…I was the strongest guy in our gym. I was well built than almost all the wrestlers who came to train at our gym. I had the passion to do it and my boss was preparing us for it. He later had a change of mind about me joining the sports,” Chairman Wontumi narrated.

Read Also:  Bawumia Gets Accommodation for Teenage Mom in School with her 10-month-old Son; She Speaks in Video

Checkout the video below:

(Video) Man Suspends a Brick and Pot on a Bottle