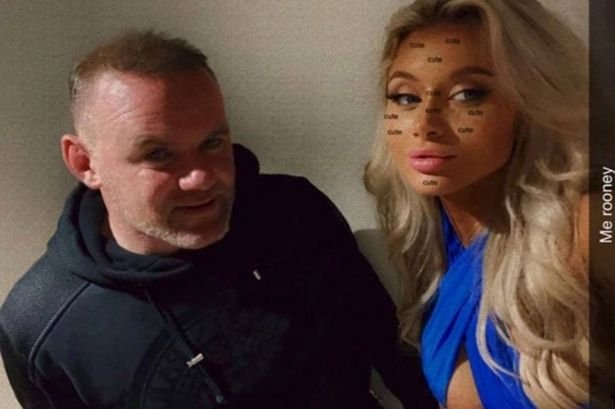 Former England skipper, Wayne Rooney has finally broken silence after the implicating photos of him and three ladies went viral on social media.

The Derby County boss Wayne Rooney has admitted he “made a mistake” in a heartfelt apology to his wife and club.

Recently, photos of the Manchester United legend passed out in the company of three women garnered attention on social media.

There was an initial complaint of blackmail reportedly filed by Rooney’s team but Sky Sport has since confirmed that Cheshire Police would not be pursuing the matter further.

Rooney initially believed there was a malicious attempt to entrap him using the images.

On the evening of Wednesday, July 28, Rooney issued an apology to his wife and club.

“I made a mistake,” he told Sky Sports News after his side’s friendly victory against Real Betis. “I went to a private party with two of my friends and from me, I’d like to apologise to my family and the club for the images which were going round and I want to move forward on this.”

The 35-year old also thanked Derby for the opportunity to allow him to keep his job despite the controversy.

“I’m grateful to Derby County for giving me this opportunity to get this club back to where it belongs, and I’ll do everything in my power to make sure I do that,” Rooney added.

"I went to a private party with two of my friends and from me, I'd like to apologise to my family and the club."

Rooney, who is Manchester United’s all-time record goal scorer with 253 goals, won five Premier League titles, an FA Cup, and a UEFA Champions League title before retiring in January 2021 to take over as Derby County’s coach.

He guided the club to survive relegation narrowly last season with a dramatic 3-3 draw against Sheffield Wednesday.