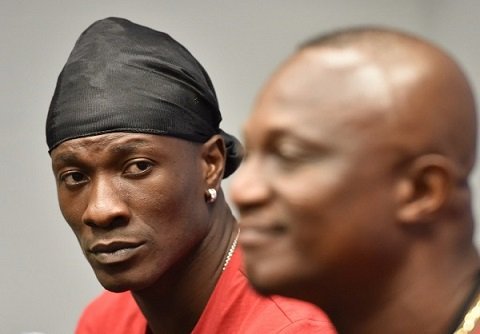 Asamoah Gyan has said he felt betrayed when Kwasi Appiah stripped him of the Black Stars captaincy ahead of the 2019 Africa Cup of Nations (AFCON).

Andre Ayew, who was serving as the deputy commander of the public platoon, was verified as the new captain of the Black Stars with Gyan acting as the general captain of Ghana Black Stars.

Following the decision by Kwesi Appiah, who was the also head trainer of the Ghana team, Gyan confirmed his withdrawal from the Black Stars.

However, after a presidential intervention, the striker reversed his decision.

“I felt betrayed when the captaincy was taken from me because the people who know what ensued will tell you that they know that I was betrayed; that’s all I can say.”, the 36-year-old told Accra based Asaase Radio.

Gyan was included in the team for the 2019 AFCON championship and made two appearances as the Black Stars were kicked out in the round of 16.

Gyan has since not played for the Black Stars, missing out on the 2021 AFCON in Cameroon before this time.