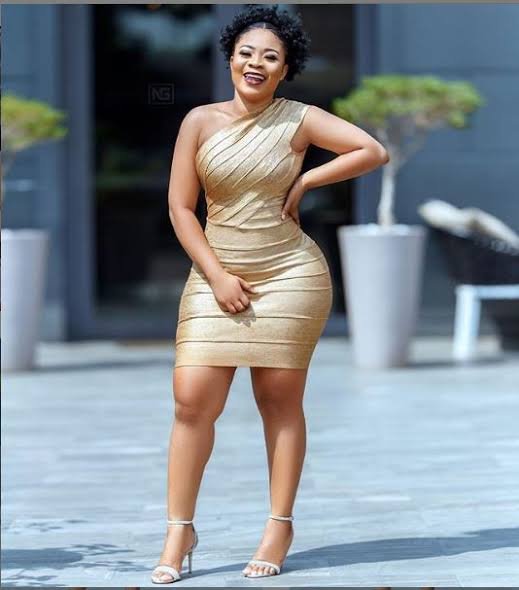 Film producer and actress actress Kisa Gbekle has made a rather bold statement about childbirth out of wedlock in a new video.

In the video, Kisa, while having a conversation with some people, indicated that she did not mind getting pregnant before marriage.

According to her, it would be cool either ways – getting married before taking seed or vice versa.

However, she was more tilted to the fact that pregnancy could be first on her mind before walking down the aisle.

“Anyone that comes I am okay. I can even get pregnant now, I don’t mind,” the actress was heard saying.

Many Africans, especially Ghanaians, see childbirth out of wedlock as a taboo and something borne out of immorality.

Parents often advice their children to get married, settle in properly with their spouses before deciding to have babies.

Actress @kisagbekle says she doesn’t mind giving birth before marriage. Ladies can you do that?

In February, actress and Philanthropist Kisa Gbekle  challenged her colleagues who made their money through acting only to speak out.

According to her, she does not understand why actresses do not speak about the true situation in the movie industry like veteran actor Kofi Adjorlolo did, saying their silence only encourages others to find their way into the sector thinking it is all rosy.

When asked if people do not get what is due them because of branding, Kisa Gbekle said, “Whether you brand or not, there is no money.

The ladies who show off are investing to look expensive because it comes with other benefits.

“Sometimes, because they look expensive, a guy approaches them thinking they are really all that so they support the ladies. Apart from that, there is nothing.”

According to Kisa, although the actresses struggle a lot, their male counterparts have it worse.

Kisa is also the president of Aflao Kisa Soccer Academy.