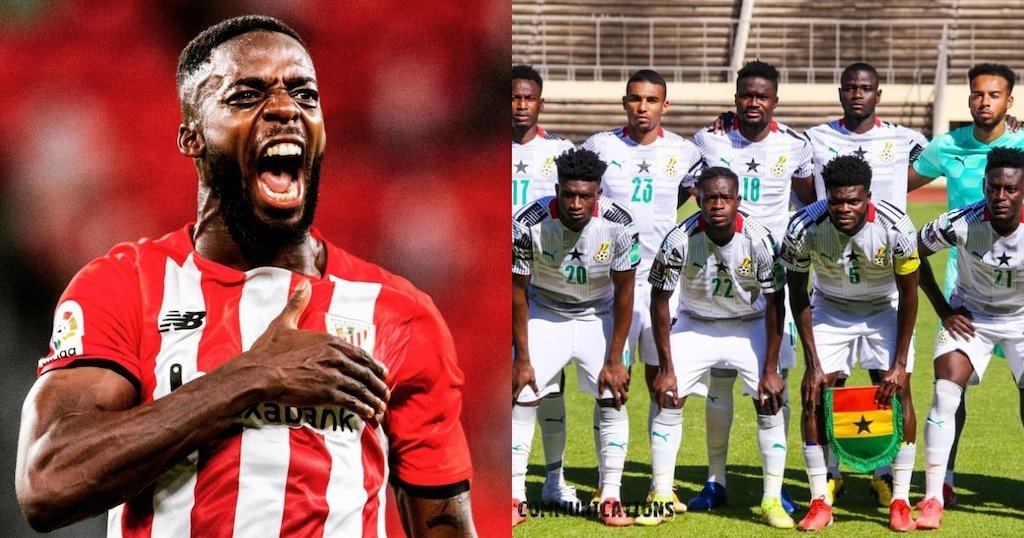 Iñaki Williams, Spanish-born of Ghanaian descent has finally confirmed his decision to feature for the Blacks Stars of Ghana ahead of the 2022 Qatar FIFA World Cup.

On Tuesday, the Athletic Bilbao forward took to his official twitter page to announce his decision in a video of his nationality switch to the West African nation.

Inaki Williams said in the video “Today a new challenge begins. From now I will defend Ghana’s T-shirt with all my whilst. I’ll give my best. I am one of the Black Stars”

The Ghana Football Association (GFA) in the past six years made many attempts to convince Iñaki Williams away from Spain however, he didn’t heed to them.

Williams and his younger brother Nico Williams visited Ghana for the first time last month and he was reported had an engagement with the Ghana Football Association and the Black Stars technical team over his international allegiance switch.

The Black Stars qualification to the 2022 FIFA World Cup became a major factor to convince the 27-year-old centre-forward to announce his decision to represent Ghana.

He is one of the highly-rated strikers in Spanish La Liga after scoring 74 goals and  44 assists in his 331 appearances for Athletic Bilbao in all competitions.

Despite playing 30 minutes for Spain in an international friendly against Bosnia Herzegovina in 2016, Inaki can still represent the four-time African Cup winners at the senior level.

Callum Hudson-Odoi, on the other hand has also accepted to switch his nationality to play for Ghana at the World Cup after  England coach Gareth Southgate haven’t called him again since 2019.

Meanwhile, Brighton and Hove Albion full-back Tariq Lamptey is another Ghanaian-born footballers who has decided to switch his nationality from England to Ghana.