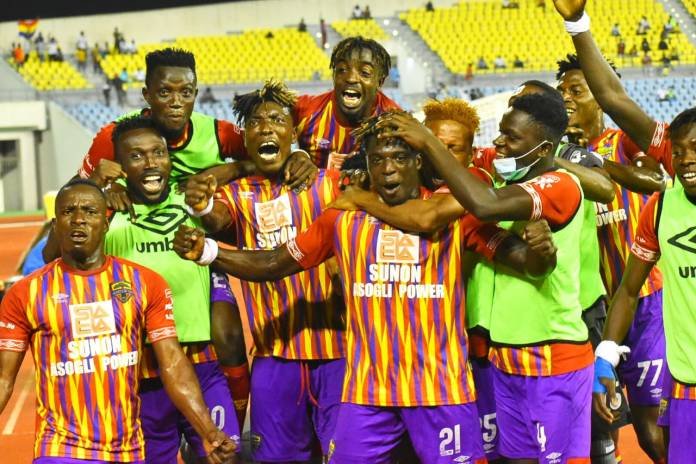 Hearts of Oak’s Caf Champions League preliminary first-leg tie against CI Kamsar is in limbo as a military subversion has taken place in Guinea.

The military attempted a coup d’etat against President Alpha Condé and his government in the early hours of today.

According to reports, borders of the country have been closed with the Head of Guinea’s Special Forces Group (GFS), announcing that President Alpha Condé has been arrested.

“Since 8:00am (local time), automatic weapon fire has been ringing in Kaloum, the business and administrative district and the headquarters of the presidential palace,” local media quoted Guinea News.

The newspaper noted that “the reasons for these shots which terrorize the population” are not known for the moment (11h UT).

“All the streets have been deserted, while heavy gunfire continues. The soldiers, visibly unhappy, empty the magazines of their weapons, while the inhabitants of Kaloum remain holed up, terrorized and worried.”

Heavy gunfires have been heard in the capital Conakry with Reuters news agency reporting the bridge connecting the rest of the city to the Kaloum neighbourhood, which houses most ministries and the presidential palace, had been sealed off and many soldiers were posted around the palace.

Hearts of Oak were billed to leave the borders of Ghana on September 10, 2021, to Conakry to take on CI Kamsar in the preliminary rounds of the CAF Champions League.

However, the latest reports from the West African nation could leave the tie in danger of cancellation or postponement by the continent’s football governing body.

CAF has already named officials for the game and confirmed the match would take place at the Nongo-Stade General Lansana Conte on September 12 at 16:00 GMT.

Following the Coup d’etat happening in Guinea, the Confederation of African Football (CAF) will be considering the safety of players and match officials due to unrest.

Hearts of Oak have been preparing feverishly for the tie and even defeated Tema Youth 2-0 in a warm up friendly game on Friday morning.