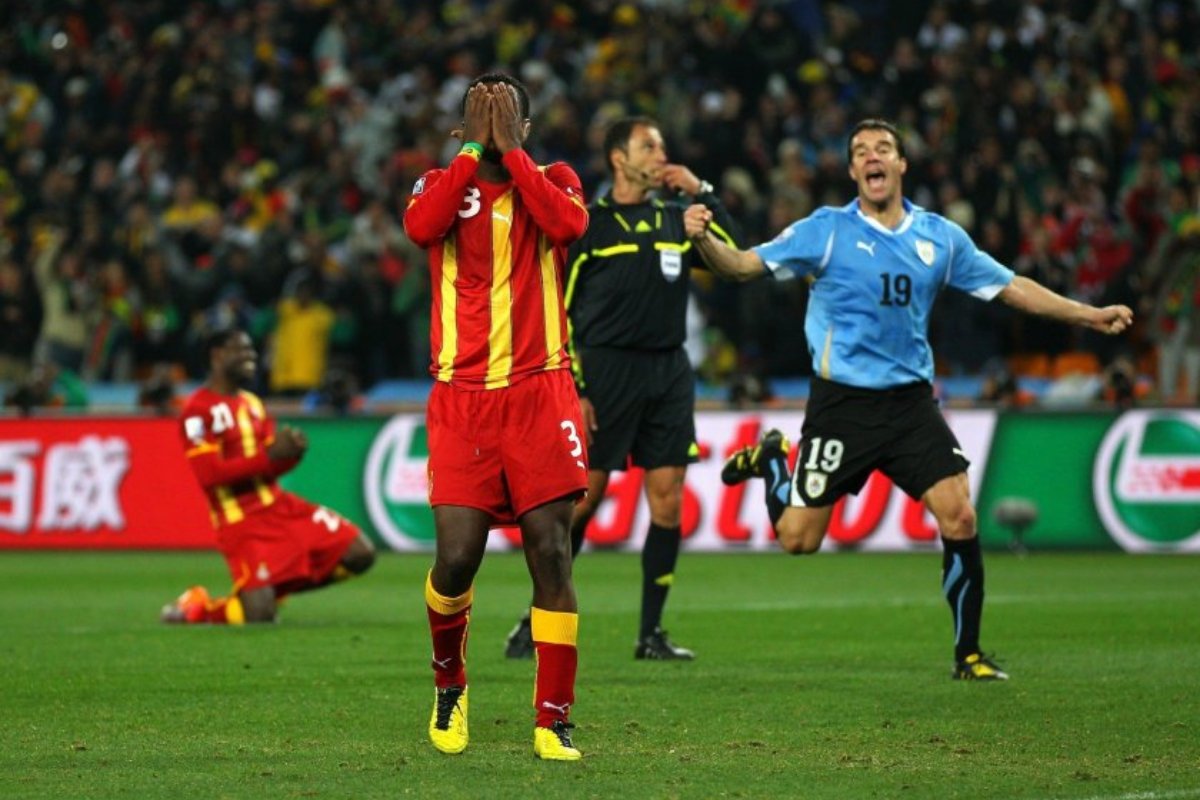 A Black Star die-hard fan has put it to the government of Ghana that former Black Star Captain Asamoah Gyan must not be given some of the Covid-19 Vaccines because of he missing the 2010 World Cup penalty which deny Ghana from entering the Quarter Final stage of the tournament.

Taking to twitter, a user identified as Ghana Koti Service expressed his opinion against the former Black Star Forward Asamoah Gyan. His tweet read “I don’t think Asamoah Gyan should be given the vaccine some for missing that penalty in 2010..”

In the 2010 South Africa World Cup, Asamoah Gyan had the opportunity to score a penalty shoot against Uruguay to put Ghana to the Quarter Final teams.

Had he scored the penalty, it would have made Ghana the only Africa team to have reached at the Quarter Final stage in the 2010 World Cup tournament hosted in South Africa.

However, the striker and then assistant captain of the Black Stars missed the penalty by shooting the ball straight at the goal post.

Eventually, Ghana lost the main penalty shootout of the match and The Black Stars was eliminated from the tournament.

This event still lingers in the minds of Ghanaians especially those who love and follow football.

It is in this faith that Ghana Koti Service has suggested to the Ministry of Health Ghana and the government in general to not give Asamoah Gyan the Covid-19 vaccines that has arrived in the country.