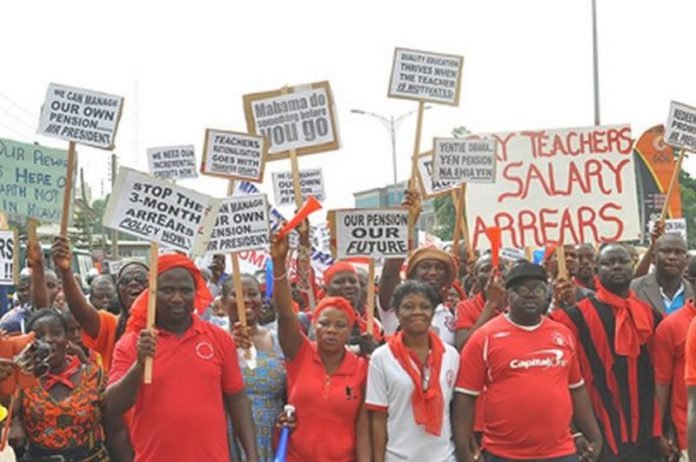 Striking labour union and government have finally agreed on a 15% Cost of Living Allowance to be disbursed to all public sector workers after a back and forth.

Earlier on’ source said the cause of delay in agreeing on a percentage was intermittent caucus meeting on proposed percentages by government’s side.

But the Unions, per what is learning, stood on their grounds for a 20% COLA.

With the agreement, all planned industrial actions have been suspended immediately.

This was the third meeting between the government and labour unions since the demand for COLA begun.

A meeting between both parties on Tuesday was adjourned due to the refusal of some labour unions to call off their strike before negotiations commence.

“We have had to adjourn the meeting because both parties; labour and government think that they cannot do this while a party is on strike, so the agreement is that we are going off  to talk to each other. They call off the strike and we come again to meet,” Deputy Minister of Employment and Labour Relations, Bright Wereko-Brobbey told JoyNews.