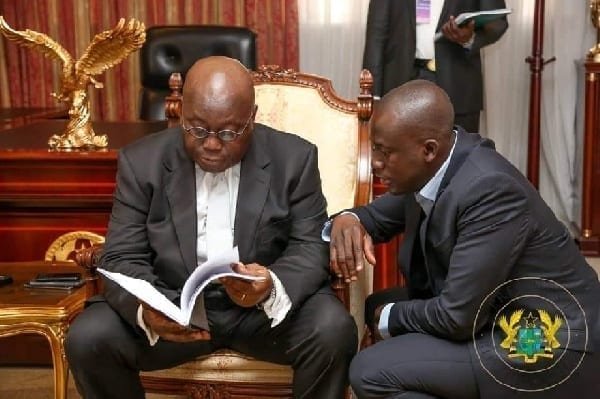 The government has started the process of acquiring a new state aircraft that will serve as the presidential jet among other functions, the Director of Communications at the Office of the President, Eugene Arhin, has confirmed.

The Minister of Defense, Dominic Nitiwul, in June this year while answering a question on the floor of Parliament posed by MP for North Tongu, Samuel Okudzeto Ablakwa, on the state of the country’s existing presidential jet, noted that there was the need for the nation to think about purchasing a new aircraft.

The minister at the time intimated that the current Falcon 900 EX-Easy aircraft, used by the president, was no longer fit for purpose.

According to him, the presidential jet – a Ghana Airforce Falcon Ex-Easy – could only carry 11 passengers minus the crew and it often had to do “undesirable refueling stops at unintended destinations” during long haul flights, causing inconvenience to both the president and the host countries.

To avert such inconveniences, he said the use of the chartered private jet was critical as the plane could carry more passengers and fly long distances without making stops to refuel.

“It is interesting to note that the Armed Forces of Mali, Senegal, Burkina Faso, Ivory Coast, Eswatini, Nigeria, Chad, Niger, Uganda, Kenya, Congo (DR), Morocco, Equatorial Guinea, just to mention but a few, all have a Boeing or Airbus Jet of that capacity to serve as strategic air lifts,” he told Parliament in June.

Addressing the presidential press corps on Monday (27 September) at the Jubilee House, Arhin indicated that the government has initiated the process that will lead to the acquisition of a new aircraft to augment the fleet of the Ghana Armed Forces.

“The Minister for Defense has made it clear that government has decided to buy a bigger jet to save us from all these troubles.

“I won’t want to go into details. I am sure when the Minister for Defense has the opportunity to give further information as to what government is doing with respect to that I am sure he will do that. I know for a fact that government is already in the process of acquiring a bigger jet for use,” Arhin emphasized.

Regional tour
In a separate development, Arhin indicated that so far President Akufo-Addo has toured 12 out of the 16 regions in the country throughout the year 2021.

To this end, beginning 1 October 2021, Akufo-Addo will undertake a seven-day tour of the Ashanti and Eastern Regions of the country.

After the tour, the president will be left with the Central Region and the Greater Accra Regions to complete his yearly agenda of visiting all regions in the country.

Ministerial assessment
As part of processes towards the preparation of the 2022 budget, Arhin said the President has commenced individual consultation, assessment, review and analysis of the work of each of his ministers.

“Today (27th of September 2021), the President has begun a series of consultative meetings with his Ministers. It is a three-pronged agenda,” Arhin stated.

“The first is to assess their work programme for the remainder of the year; secondly to discuss their budgetary requirements and their work programme ahead of the reading of the budget for 2022 and thirdly to ensure that they continue to be in tune with his agenda for his second term in office,” Arhin added.

The director of communications at the Office of the President, Eugene Arhin, says the process has begun to acquire a bigger presidential jet