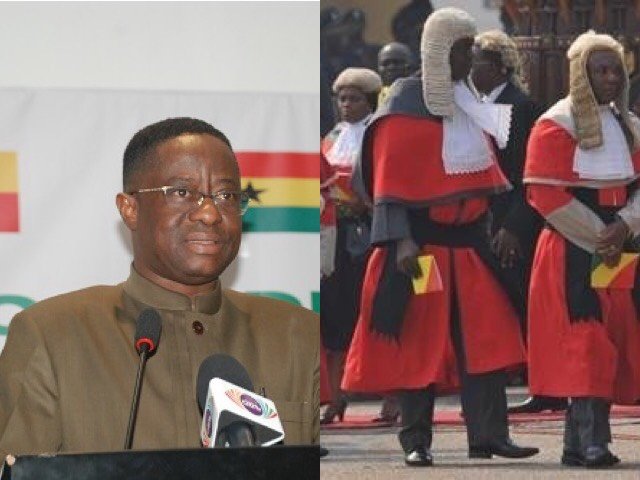 The Government, through the Attorney General, has pleaded with the supreme court to adjust it’s scheduled time to hear an ex-parte Injunction against the election and declaration of John Peter Amewu as MP for Hohoe.

The Supreme Court had earlier fixed January 21 to hear the case, however the AG is praying the court to bring the case forward.

The AG’s argument is that the case has implications on the composition of the 8th parliament scheduled for January 7 2021.

On December 23, the Ho High Court, presided over by Justice George Buadi granted an interim injunction restraining the EC from gazetting, the New Patriotic Party (NPP) candidate, Mr John Peter Amewu as the MP-elect for Hohoe.

The applicants had argued that the election of Mr Amewu as the MP-elect was fraught with many “deficiencies” and that Mr Amewu “was not duly elected to represent the people of Hohoe Constituency.