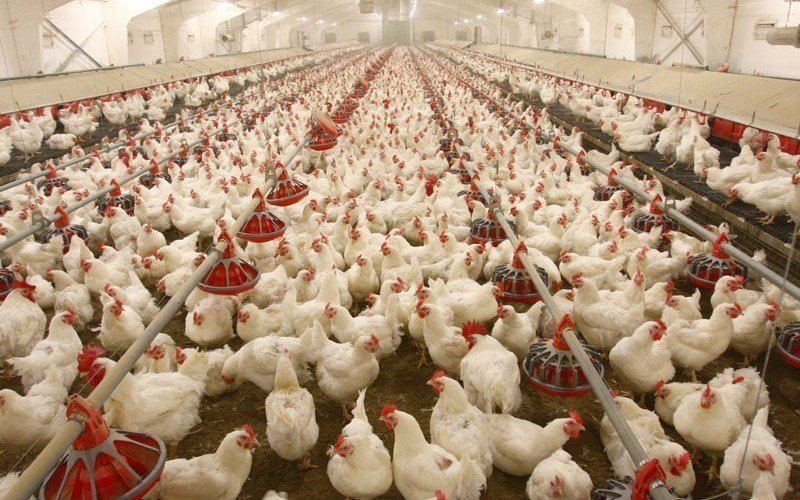 The Ministry of Food and Agriculture (MoFA) has banned the importation of poultry products into the country from neighbouring countries where the prevalence of bird flu has been confirmed with immediate effect.

It follows a confirmed outbreak of highly pathogenic avian influenza in the Greater Accra , Central and Volta Regions.

A statement issued by the Ministry of Food and Agriculture is asking the public to report any unusual death of domestic poultry and wild birds to the Vertinary office and public authorities.

MoFA says it is working to avert outbreak of the disease into other parts of the country.

“The Ministry wishes to assure the general public that there is no cause for fear and panic since the Veterinary Services Directorate is taking all necessary steps to contain the outbreak and spread of the disease to other parts of the country. The success of this call hinges on the full cooperation of the general public.”

Cases of the Bird Flu disease were previously recorded in 2007, 2015, 2016 and 2018 with significant impact on affected poultry farmers.

Below is the full statment. 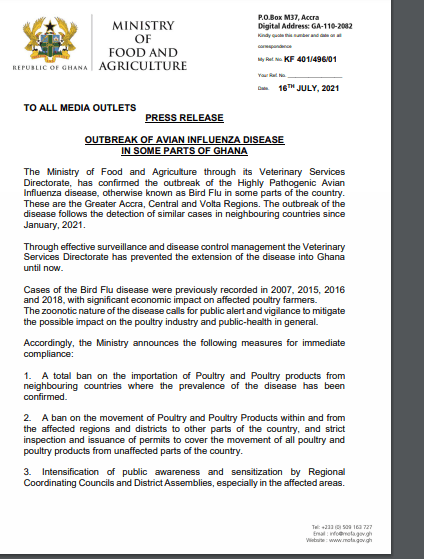 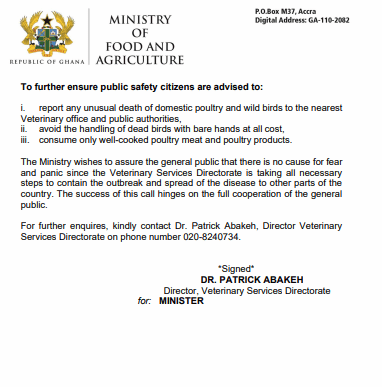 Share with Friends:
Related Topics:Ministry of Food and Agriculture (MoFA)
Up Next