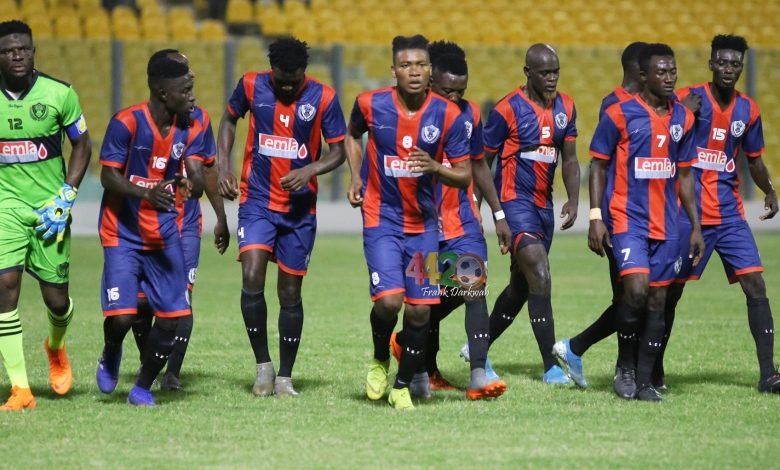 Legon Cities moved out of the relegation zone after a 5-2 win against AshantiGold at the Accra Sports stadium on Friday.

The Miners had a quick start when they took the lead through Yaw Annor who capitalized on a goalkeeping error by Fatau Dauda.

The lead was short-lived as a long range strike from Nasiru Moro restored parity for the home side.

The game was well poised with both teams throwing numbers forward in attacks.

The away side were rewarded for their exploits as Annor grabbed his second brace of the season to give AshGold the lead again.

However, in added time for the first half, Jonah Attuquaye equalised for the Royals.

Legon Cities came into the second half a different team and looked like they wanted all three points on the night.

The Accra-based side went infront for the first time on the night through Baba Mahama just five minutes after the interval.

A quickfire brace by David Cudjoe secured the win for Legon Cities.

The home side ended the game with 10 men as Nicholas Mensah was sent off late in the game.

Annor also missed a chance to complete his hat-trick from the penalty spot.

The result means that AshGold remain third and Legon Cities move from bottom to 15th.

Share with Friends:
Related Topics:AshgoldGhana Premier LeagueLegon Cities
Up Next