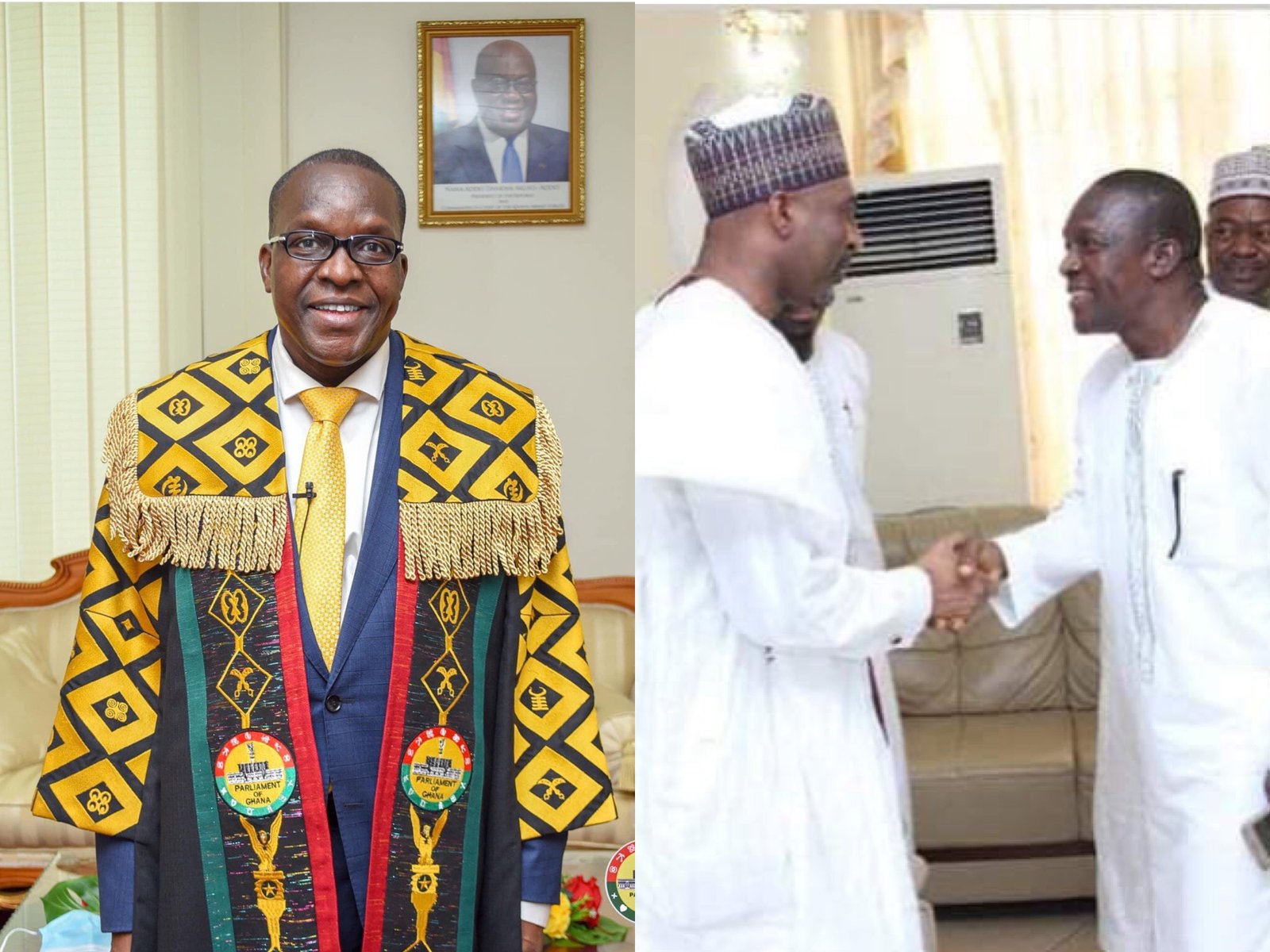 Newly-elected Speaker of Parliament, Alban Sumana Kingsford Bagbin has been spotted thanking Ghana’s man of the moment, Mubarak Mohammed Muntaka for valiently defending Ghana’s enviable democracy at the just ended dissolution of the 7th parliament and inauguration of the 8th parliament.

For the past few days, the most talked about subject in the country was what ensued in the parliament house during the process.

Notable of them was the moment when NPP’s Tema West MP, Carlos Kingsley Ahenkorah snatched some ballot papers and absconded with them.

It took the bravery and quick reflexes of Hon. Mubarak Mohammed Muntaka to restrain him and retrieve the papers.

Read Also:  Peace Council and Christian Council Should Come Out and Apologize To Ghanaians

His efforts were widely commended by many Ghanaians including the ruling NPP party.

Earlier today, a photo of Bagbin thanking Muntaka cropped up and currently trending on social media.

READ ALSO; Identity of The Soldier Who Led The Military to Invade Parliament to Intimidate NDC MPs Finally Revealed – Photos