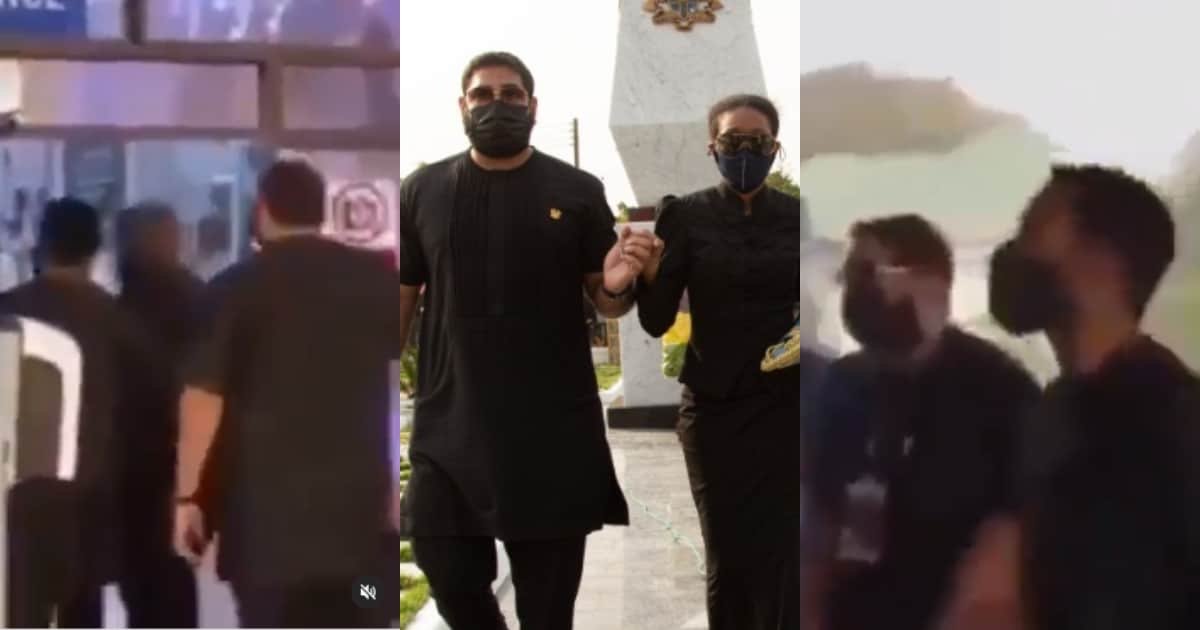 Ghanaians are still mourning the death of the late former president, Jerry John Rawlings. He is the longest serving president of Ghana.

The late former head of state was buried on Wednesday after a befitting final funeral rite was held at the Black Star square in his honour.

However, Ghanaians have been stunned by the resemblance of a man who looks exactly like the late Rawlings.

Videos and photos of the unidentified man has stirred a lot reactions on social media.

This man was spotted in the company of Rawlings’s son Kimathi at the funeral of the late president.

Some people have already drawn the conclusion that he could be a son of the late former head of state, while others said he could his brother.

Watch the video below…

READ ALSO; Jean Mensa Was Bias Against The NDC Because She Is Related To Akufo-Addo’s Wife – Asiedu Nketiah Tells Supreme Court

Share with Friends:
Related Topics:jerry john rawlings
Up Next