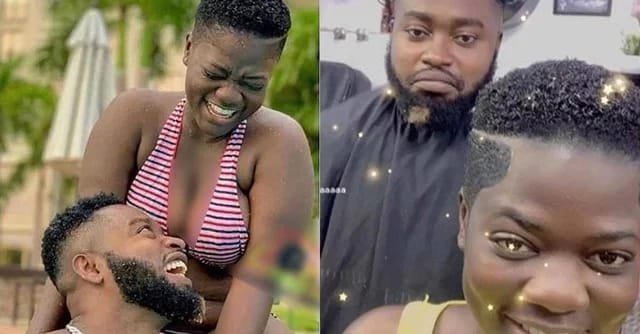 Self-acclaimed Ghanaian actress and TikTok Star Asantewaa have been in the news for some weeks now over her conduct with Manager Cascious even though she is married.

A lot of people have condemned her flirtatious acts with her manager with saying she has to concentrate on her marriage.

Asantewaa who is currently 27 years old got married at the age of 23 to a rich son of a politician who prefers to remain out of the media. Some people argued that Asantewaa is not the only female artist with a male manager. Songstress Wendy Shay is being managed by Rufftown Records boss, Bullet.

This has made some Ghanaians come to the conclusion that Asantewaa was deliberately flirting with her manager for attention.

Meanwhile, the actress has broken her silence on why she is always found flirting with her manager, Cassious in most of her TikTok videos.

In a new interview with Poleeno, sighted by Enewsghana.com, the TikTok star mentioned that she isn’t bothered about what people are saying on social media because it won’t feed her.

She also posited her as an actress give her the right to kiss anyone she wants as she believes it doesn’t go against her moral rights.