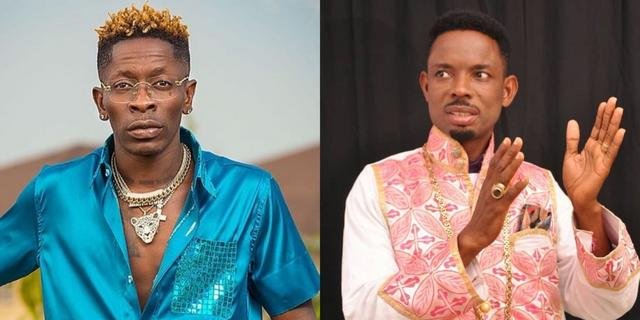 Information gathered by Enewsghana.com indicates that popular Ghanaian prophet Stephen Akwasi, who is widely known as Jesus Ahoufe, has been invited by the Ghana Police Service over his prophecy about a shooting incident involving Shatta Wale.

His invitation to the Police Stattion comes on the back of his ‘controversial’ prophecy about the Ayoo hitmaker recently.

Few weeks ago, Prophet Jesus Ahoufe during an interview on Accra FM said that a big star who is a Ghanaian dancehall singer would die on 18th October, 2021.

Initially, the man of God refused to give the exact of the popular musician he was referring to after indicating the singer will die just like the late Reggae star Lucky Dube died from shooting on 18th October 2007.

However, Nana Romeo continued to pressed on him till he finally gave in and mentioned Charles Nii Armah which is orginal name of Shatta Wale.

He further stated that Shatta should pray very hard and advert the death prophecy.

Shockingly, the multiple award-winning dancehall musician was reportedly to have been shot on the same date.

Following that Nana Romeo confirmed that Prophet Jesus Ahoufe has been invited by the Ghana Police to answer some few questions.

Earlier on it was heavily reported that the Ghana Police in a statement denied to knowing anything about Shatta’s gunshot attack after the singer’s PA Nana Dope thanked the police for showing at the incident which occurred at East Legon.

But, in a statement released last night, Ghana Police said Shatta Wale can’t be found after a team searched for him at hospitals and his home.

The Ghana Police confirmed that their attention has been drawn to the alleged shooting at East Legon involving the Taking Over crooner however, after contacting the singer’s family and friends none of them have knowledge of his whereabouts.

The Ghana Police further asked the public to assist them to find Shatta Wale as they shared some numbers for the public to contact immediately if they have any information that could help their investigations.