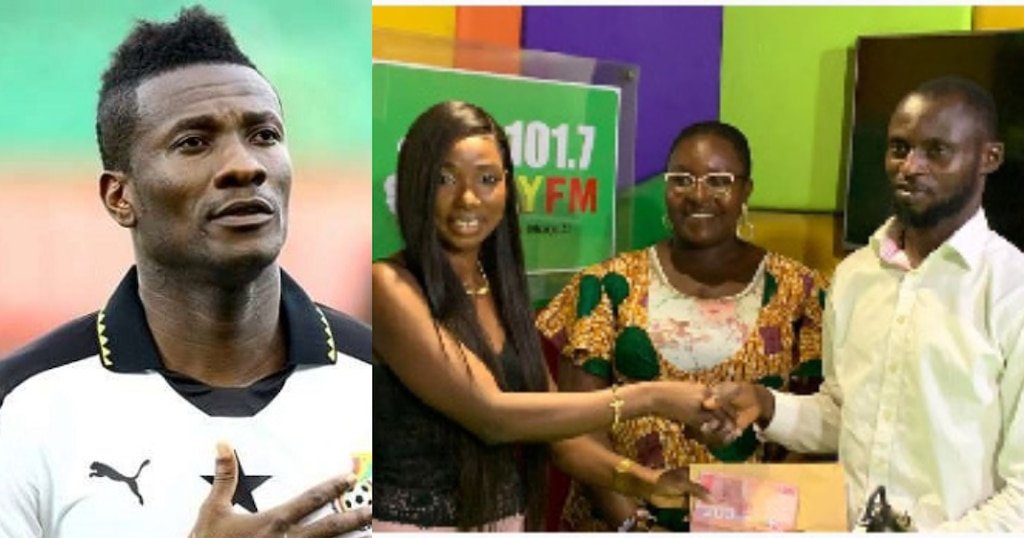 Asamoah Gyan, former Black Stars captain has become the latest to reward the taxi driver who went viral in Ghana for his act of honesty.

Mr Kwesi Ackon, a taxi driver went viral in a video after he returned a huge sum of money about GHC8400 to a fish monger who left it in his car after she dropped off.

The all-time goalscorer for Ghana after sighting on the viral video of the taxi driver returning the money requested to meet with Kwesi Ackon before an amount of GHC 10,000 was given to him by footballer’s foundation.

The taxi driver who also fellowships with the Church of Pentecost has been all over the news as he continues to receive money and gifts from Ghanaians for being a hero to the trader.

Meanwhile, Asamoah Gyan has been promoting his newly released book, LeGyandary, which was released a fortnight ago.

The former Legon Cities forward is expected to make a return to the game before hanging his boots on his illustrious career.

Earlier, Sports Brief reported that Asamoah Gyan has requested to meet the honest taxi driver who returned a trader’s money to her after she left it in his car.

Mr Kwesi Ackon has been praised by Ghanaians with Vice President Dr Mahamudu Bawumia, KiDi, and other individuals rewarding him with cash and gifts.

Asamoah Gyan wants to meet the taxi driver and show appreciation for what he has done after he was impressed with the driver’s gesture.