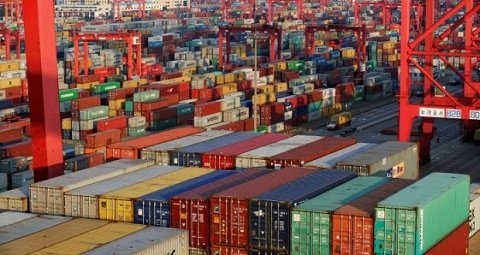 The GRA and the Ghana Shippers Authority fears the country could lose a significant chunk of its transit trade to Lome, Abidjan, and Cotonou if measures are not adopted to prevent diversion of transit goods before the reach their intended destinations in the various land locked countries that use Ghanaian sea ports.

Available figures indicate that transit trade volumes for much of this decade have accounted for about six percent of the country’s cargo throughput.

A study by the Ghana Shippers Authority shows that an estimated total revenue of US$24 million was accrued to the Ghanaian economy from some quantifiable services provided by various operators involved in the delivery of transit services in that same year.

The amount was derived from payments for services in relation to the handling of transit cargo from both Tema and Takoradi Ports, State Insurance Company (SIC) – the National Guarantor for the bond value, fees to Ghanaian Haulage truckers, operators of the electronic tracking device and for Freight Forwarders services.

At a stakeholder sensitization seminar in Accra last week both the GRA and the Shippers Authority, sought to redefine operational requirements and adopt effective custom control measures to combat transit goods from being diverted into the Ghanaian market.

CEO of the Shippers Authority, Ms. Benonita Bismarck, said, “these interventions are being contemplated as having far reaching implications for the country and it is important that all stakeholders pay keen attention to the issues.”

She explained that specific activities that have engaged the Authority over the years in educating and sensitizing against transit trade include the signing of Memoranda of Understanding (MoU) with neighboring landlocked countries of Burkina Faso, Niger and Mali, Quarterly meetings with representatives of the Shippers Councils of these countries, hosting of E-Platform for addressing Non-Tariff Barriers on the corridor, Sensitization workshops for transit drivers and Transit Shipper Committee (TSC).

Meanwhile, Commissioner of the Customs Division, Ghana Revenue Authority (GRA), Mr Isaac Crentsil, has revealed that the “First Port Rule” an arrangement, that allows customs officials from neighbouring landlocked countries, Burkina Faso and Mali, to set up desks at Ghana’s Ports to collect taxes on transit goods, would become operational by the end of March, this year.

The seminar which was on the theme, “Streamlining processes for the growth of Transit Trade in Ghana”, was attended by officials of GPHA, Freight Forwarder Associations, Representatives of the Shippers Councils from Burkina Faso, Mali and Niger, Motor Traffic and Transport Department (MTTD), SIC Transit Office, National Security, GCNET, Haulage Associations (Owners and Drivers) among others.