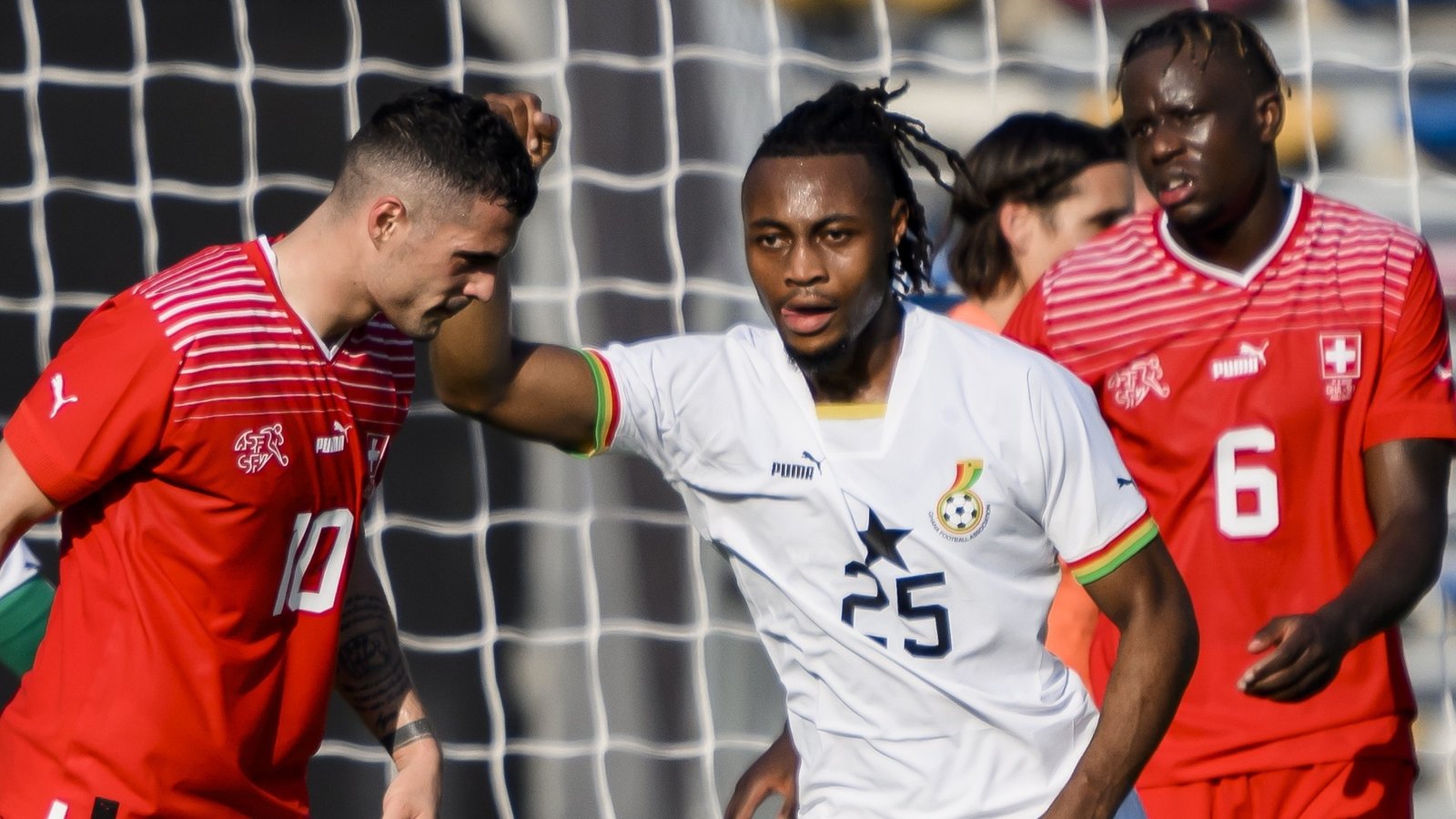 In Ghana’s penultimate friendly before the 2022 World Cup, the Black Stars destroyed Switzerland thanks to goals from debutants Mohammed Salisu and Antoine Semenyo.

Ghana had better chances from the beginning of the game, but they didn’t score until 20 minutes in the second half of the match.

Meanwhile, Ruben Vergas, who had been given complete control on the left side of the attack, had the first opportunity to score for Switzerland six minutes into the game, but he missed the goal.

Moving forward, the next effort, made by Daniel Afriyie, was quickly thwarted by Sommer.

After 23 minutes, Jordan Ayew’s feeble attempt from the edge of the box gave Ghana its second shot on goal. 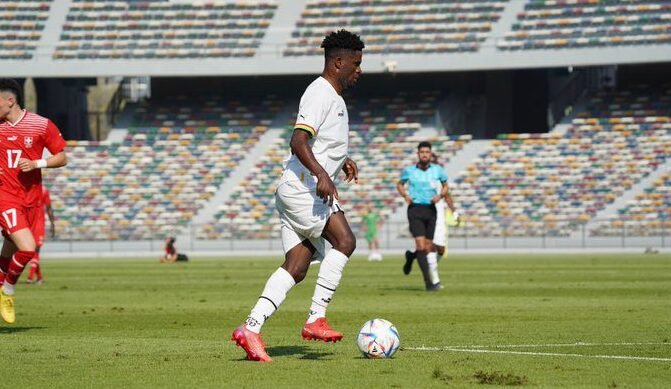 Then, with a perfectly executed Jordan Ayew corner, Inaki Williams nearly missed the goal in the 32nd minute.

With two minutes left in the first half, Salisu skied a perfect Jordan Ayew set-piece, giving the Black Stars their best chance.

Early in the second half, the Swiss made an attempt to surprise Ghana, and two minutes in, Noah Okafor’s shot narrowly missed Ati’s goal. Zigi’s

Furthermore, Jordan Ayew arrived too late to connect with an inviting cross from the right by Inaki Williams but to no avail.

Luckily, Mohammed Salisu gave Ghana the lead in the 70th minute with a header that soared into the right corner of the net.

Thus, Salis Abdul Samed and Kamal Sowah made their varsity debuts in the game while Thomas Partey and Kudus were rested for the crucial match against Portugal.