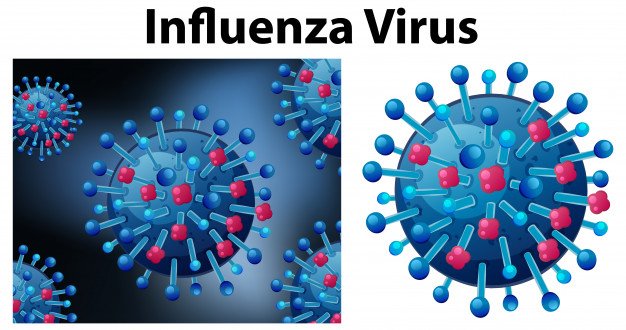 A story that dates back to the end of the first World War in 1918 has been sighted on GhanaWeb. The article revealed how over 100,000 Ghanaians lost their lives after an influenza outbreak.

The influenza outbreak can be compared to the novel Coronavirus in our time and this makes it interesting to see how some Ghanaians are still not taking the necessary precautionary measures.

Between 1918 and 1919, the British government, then colonial masters of the Gold Coast (now Ghana) watched on with little concern as over 100,000 Ghanaians tragically lost their lives in an influenza epidemic.

The first case of the disease was recorded in August 1918 in the then commercial hub of Cape Coast.

An Accra-bound American vessel from Sierra Leone which had some of its crew members infected made a stop at Cape Coast and that’s where it began to spread.

From there the disease swept across the country like the biblical plague and by mid-December, there were casualties all over with the North territory being the latest hit.

The spread of the disease was facilitated by the colonial transportation network.

In less than six months, official government figures pegged the death rate at 50,000 with the Northern part of the country being the hardest hit.

The Northern territories recorded over 28,700 deaths while Accra was assigned 655 deaths.

However, the numbers by the government were rubbished by historians and data analysts who pegged the number of deaths around 100,000.

Kuczynski, a data analyst said the number by the colonial masters was a misrepresentation of the number of deaths that actually occurred.

After more than a century of that devastating episode, Ghanaians have another virus staring them in the face.

From a virus that reportedly originated in China, the deadly disease has reached pandemic status with over 15,000 deaths globally.

For Ghana, since recording its first two cases, the number has grown exponentially. In less than two weeks, 27 cases and two deaths have been recorded.

According to the World Health Organization, Ghana’s numbers in the first eight days far outweigh China Italy, Spain and the UK who are three of the worst-hit countries.

Experts are also warning that despite the measures taken by the government, they expect the numbers to increase significantly in the coming days.

Both are respiratory-related diseases which according to experts explain why the northern part of the country was badly hit as it was the dry season.

Again, another symptom of coronavirus is pneumonia and the same can also be said about influenza.

In controlling the influenza, affected persons were quarantined and social distancing was preached, similar to what is happening now.

Read Also  (VIDEO) Husband Who Wanted To Buy Food For His Pregnant Wife, Beaten To Death By Police In Abuja

Similarly, self-isolation and social distancing are the most used words now.

Large gatherings were discouraged, schools and other agencies were closed down just as it is happening now.

There was little action from the British government who according to historians acted negligibly and lackadaisically toward the virus.

The government had no ‘consistent or even remotely successful policy of dealing with the disease’.

The government is said to have made no attempts to ‘cordon off the Northern territories’ despite repeated calls from chiefs and prominent Ghanaians.

There were little or too few doctors to deal with the overwhelming number of cases that were recorded across every nook and cranny of the country.

ENewsGhana.com has stumbled on a viral video that shows a musician receiving a ‘blow job’ from a female fan during his performance.

Amid the Coronavirus pandemic worldwide, some people snubbed the infection to party hard in a club and some unthinkable scenes were captured during the fun.

In the video, the unidentified musician who also doubles as a male stripper could be seen topless and the unidentified lady busily sucking his ‘ding dong’ after he approached and invited her to a moment of sensual feeling.

For viewer discretion purposes, the video is not available on this platform. 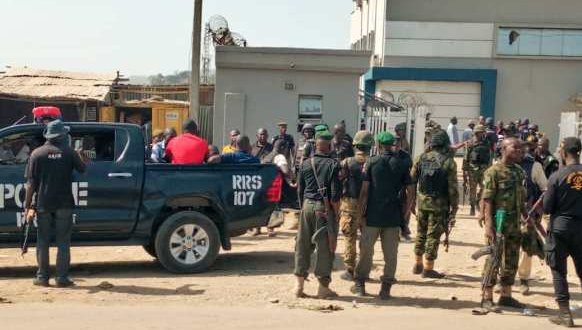 Residents of Abuja, the capital of Nigeria, are furious over the death of one of their own at the hands of the police who were supposed to protect, enforce the law and guide citizens.

The deceased went out to buy food for her starving pregnant wife during the lockdown order in the capital. The man, unfortunately, lost his life at the hands of the police who didn’t exercise patience with him but beat him for arguing which lead to his death, an eyewitness reported.

According to him, the deceased explained that he needs to get the food for his pregnant wife but the police officers refused him due to the lockdown order. The police officers and the man got into a heated argument which sparked rage in the police and they beat him till he collapsed and died, naijapals report. 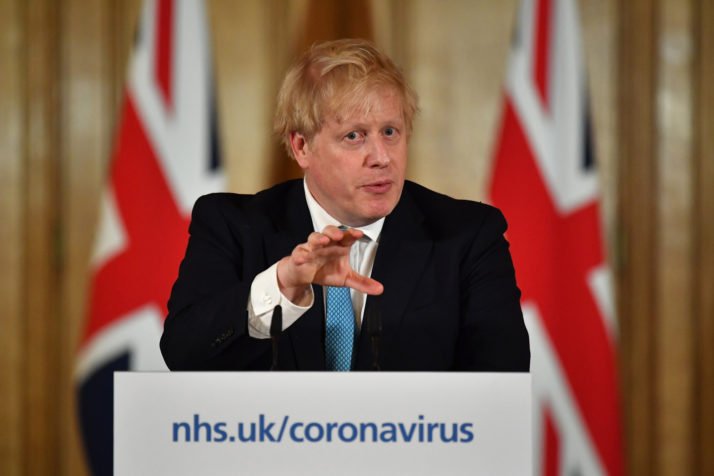 UK Prime Minister, Boris Johnson has confirmed he had developed mild symptoms – “a temperature and persistent cough” – over the last 24 hours and, on the advice of the chief medical officer, he took a test which returned positive for coronavirus.

Johnson said he is self-isolating and working from home. He said thanks to “the wizardry of modern technology” he will continue to lead the national fight back against the virus.

”Over the last 24 hours I have developed mild symptoms and tested positive for coronavirus. I am now self-isolating, but I will continue to lead the government’s response via video-conference as we fight this virus. Together we will beat this. #StayHomeSaveLives”

Over the last 24 hours I have developed mild symptoms and tested positive for coronavirus.

I am now self-isolating, but I will continue to lead the government’s response via video-conference as we fight this virus.

Together we will beat this. #StayHomeSaveLives pic.twitter.com/9Te6aFP0Ri