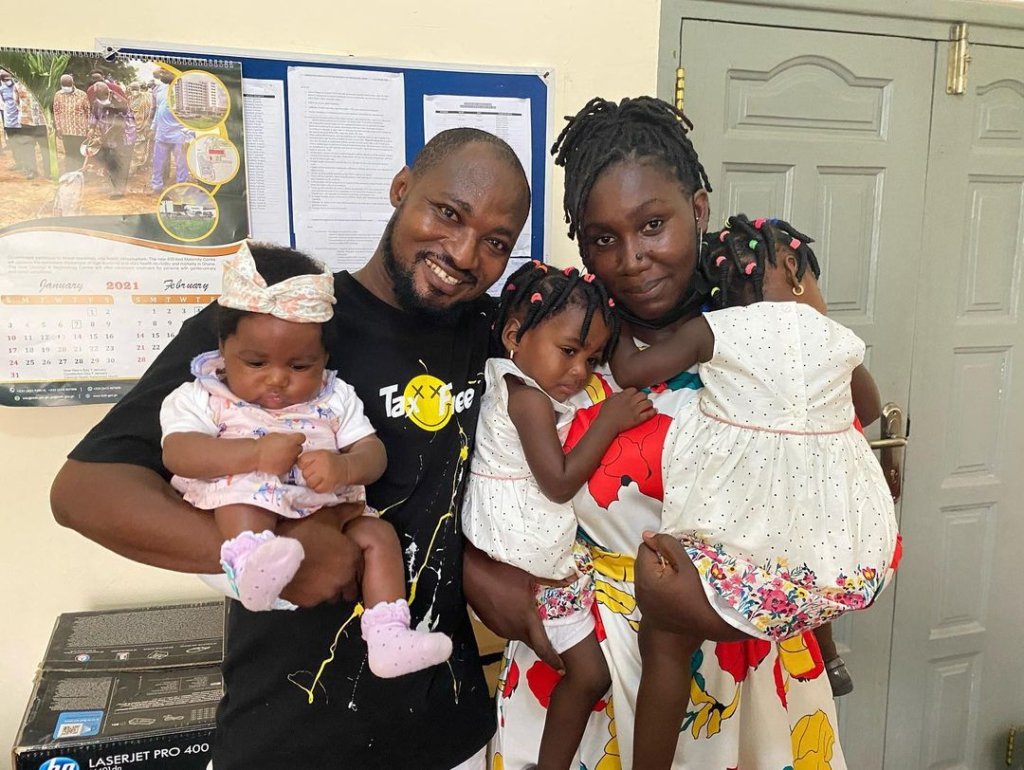 It seems Ghanaian comic actor, Funny Face, is not finding it easy at all with his admission at the psychiatric hospital where he was diagnosed with bipolar.

In a new video, Funny Face is seen standing by a drying line at the hospital, lamenting as he tries to make a point.

He is heard lamenting badly about how a woman, his baby mama, for that matter, has caused him to lose his sanity.

Funny Face went ahead to advise young men to be very careful in choosing a mate, stressing that his baby mama, Vanessa, is a bad woman that any man should avoid.

A few days ago, before Shatta Wale’s arrest, funny face was in the trends for the wrong reasons.

There were videos all over of him insulting and threatening his baby mama and some other celebrities that were close to him before his episodes begun.

As if insulting his colleagues was not enough he headed towards the BIG MEN that have held him down for the past years.

Notable people like Dr Fadda Dickson Narh and Bola Ray were not left out. He used various unprintable words on these notable figures because he claimed they didn’t come to his aid when he needed them most.

He was then arrested and processed for court a few days after for threatening the life of certain group of people in the country. The court then asked that he be confined to a hospital for psychological assessment.

Read Also:  I Didn’t Take Even One Cedi For The Songs I Wrote For MzVee She Should Be Appreciative

Few hours ago, Scooper Ghana chanced on his comment on a recent post by Kennedy Osei, General Manager at Despite Media.

In the comment, the comedian asked Kennedy to help him apologize to Fadda Dickson for all the insults and the shame.

Blakk Rasta Supports 5 Artiste From the North; Promise to Help them Achieve Greatness in the Music Industry