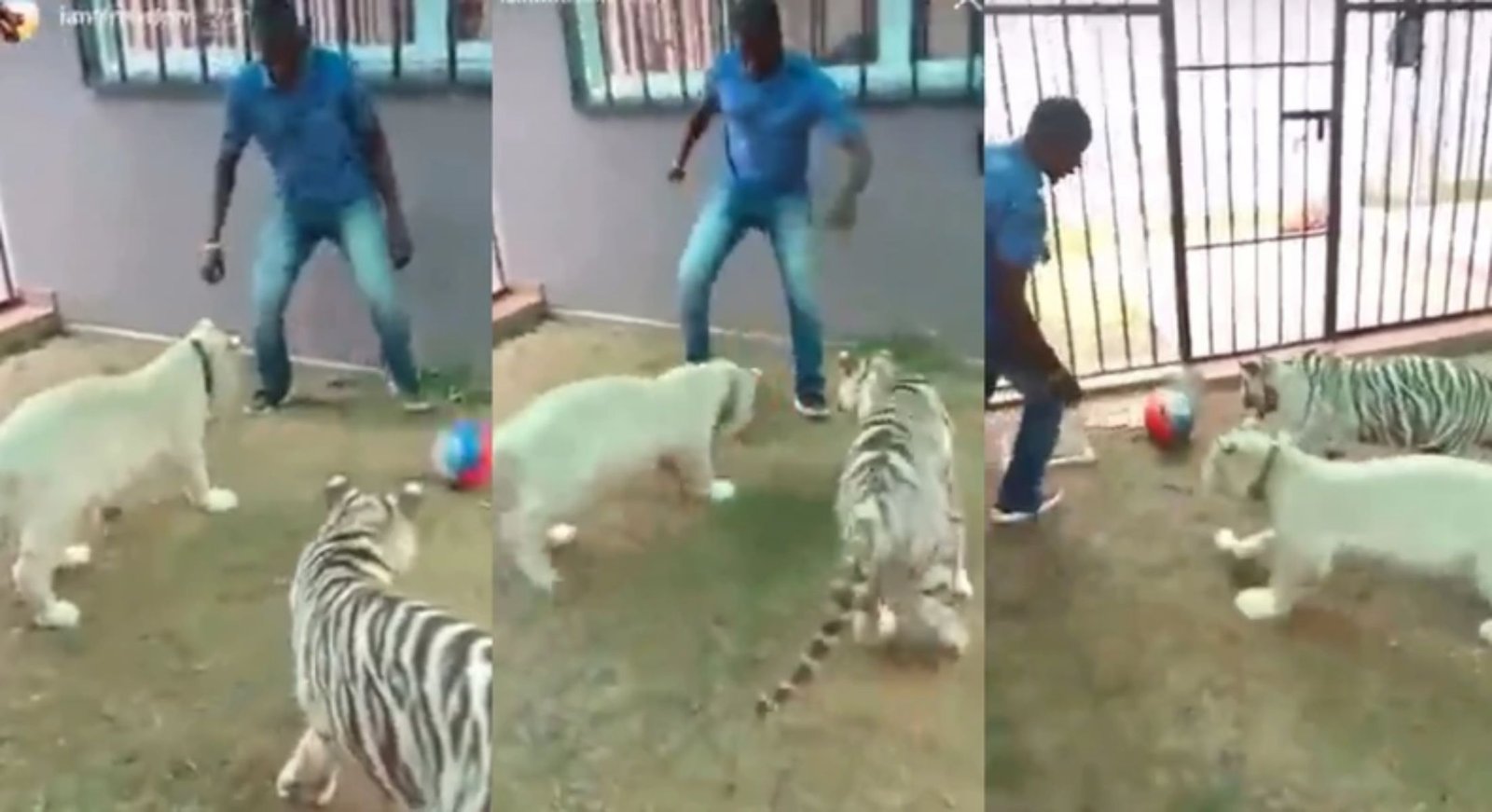 Ghanaian business mogul, Freedom Jacob Caesar has released a video of his two infamous tigers playing football in their cage in his Ridge home.

The two infamous cubs caused a controversy and became a nationwide topic for discussion following the residents at the Wonder World Estates, Avenue Lincoln raised concerns over their fear of the wild animals in their area.

Freedom Jacob Caesar, the owner of the two cubs has shared a beautiful video of his wildcats playing football on his compound just few days after they sparked a controversy.

Born Nana Kwame Bediako and also famed as Cheddar shared the video via his Instastory.

The video which was shared prior to the just-ended Champions League finals was captioned “get ready for the finals, Liverpool vs Real Madrid, PDO vrs APC“.

Prior to this, the residents complained that the two tigers pose as a threat to their lives and therefore called on authorities from the Wildlife Division of the Forestry Commission to intervene and relocate the animals.

But, the Wildlife Division of the Forestry Commission has said that the two wildcats owned by Freedom Jacob Caesar pose no threats to the inhabitants of the estate.

Freedom Jacob in an interview defended the rearing of the 7-months old tigers, according to him, he bought the two tigers to boost Ghana’s tourism.

He also added that, the conversation had been ongoing between him and the Ghana Tourism Authority about where and how to keep them to boost the country’s tourism.

He added that it was not his intention to endanger the lives of the residents with the tigers but rather to add value to Ghana’s tourism industry.

Share with Friends:
Related Topics:86%Freedom Jacob Caesar
Up Next