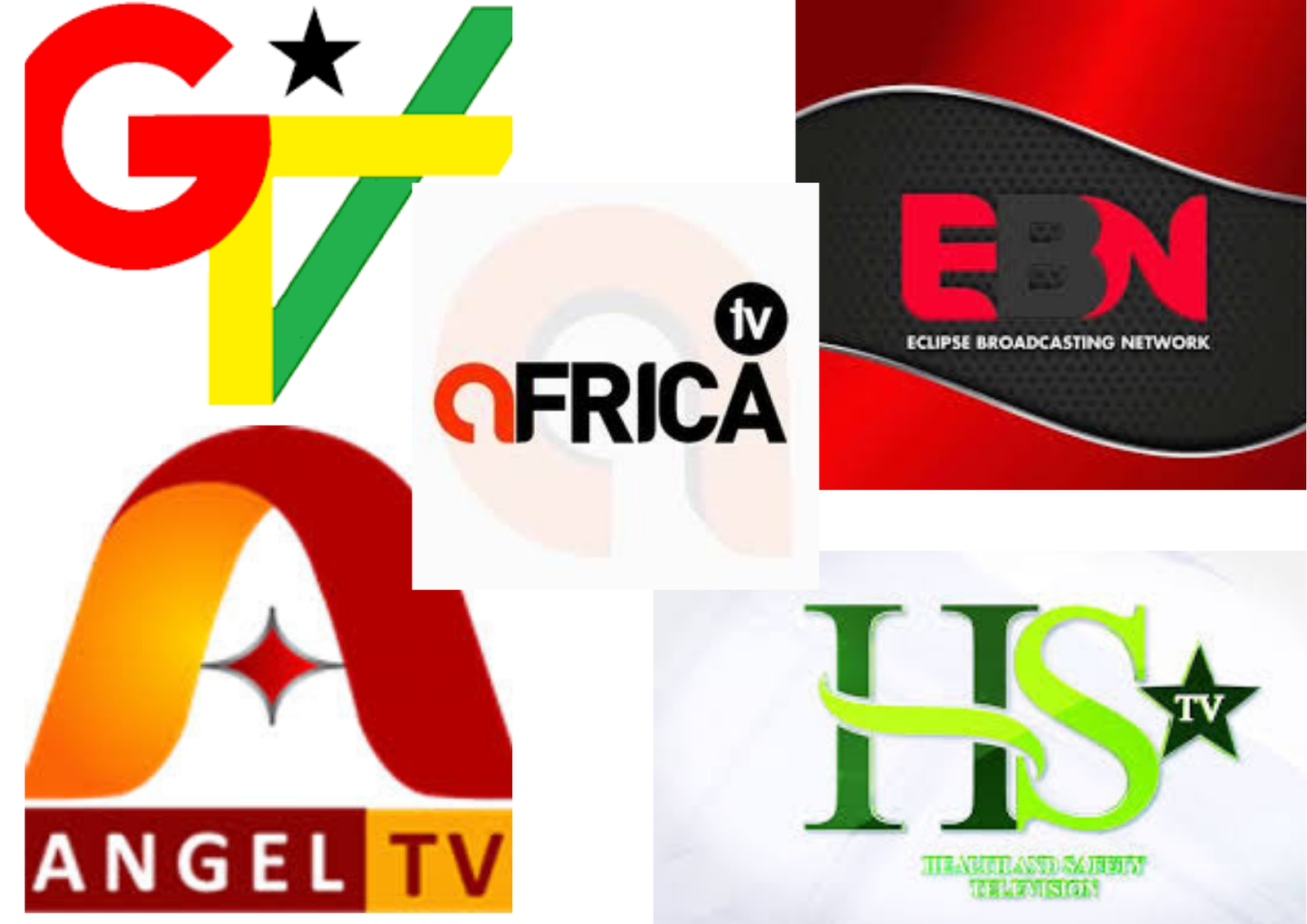 Content and creativity is key when it comes to radio and television and even beyond. Many television stations in Ghana try their possible best to serve their viewers with best of content so they can get something to talk about.

Ghana’s digital space has over the years been flooded with a host of television channels creating hot competition. Some are doing their best and clinching accolades whiles some are also adding up.
ENEWSGHANA.COM brings to you 5 television stations that’s needs total overhauling or rebranding.

With quality HD pictures and sound, HSTV came from nowhere to catch the attention of some section of Ghanaians creating a household name for itself.
The channel seems to be doing well, but with all due respect, they lack content and the production skill in programming. I mean there’s no plan in their programming making the Channel dull as doormat.

Located at the heart of Okpongolo in Accra, Eclipse Broadcasting Network (EBN TV) have been thrilling Ghanaians with the best of quality digital terrestrial pictures that speaks well of them, but on the flip side they are bleeding due to lack of proper content to feed the masses.

There are series of interesting content on the channel, but I think they need proper branding to make them one of the best tv stations in the country.

Having cover almost five channels on the digital terrestrial and a National Television station, at least we expect them to thrill us with the best of Content, News, information etc because he who much is given much is expected but here lies the case it bet to differ.

From this point, I think there’s the need to build some strategical approach as to how best they can rebrand themselves and provide content to suit the masses preference.

Just graduated from re-branding but still needs rebranding Angel TV came into the System with determination to cover the media space looking at their strategical approach, but it seems their magic is not enough.

Operating radio on Tv which is unprofessional but accepted in our dialogue they are trying their best to create interesting  content for their viewers but on the contrary, I think there’s more room for improvement.

Rebranded recently as the new Africa, but there’s nothing new in the Africa, TV Africa has come very far and have all the props to create quality content but I don’t know what’s wrong with them.

Per research, their viewership has totally dropped due to their  inability to create content to feed it viewers.

PLEASE TAKE NOTE : Content in this write up does not depict the image of the writer, but through insight view of the channels across the Digital terrestrial platforms. No hard feelings.