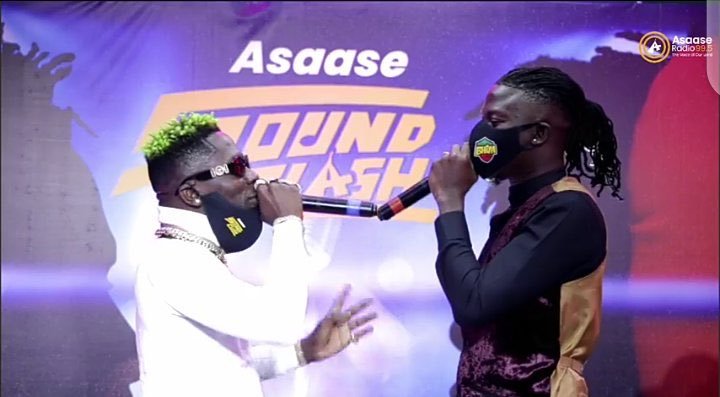 Shatta Wale and Stonebwoy had their first clash tonight and it was really one of a kind and mega.

Shatta Wale and Stonbwoy had their first clash in the studios of Asaase Radio. Their first one was very peaceful and dope as expected from all.

The video had the two throwing punches at each other with diss lines. Stonebwoy was the first who did it followed by Shatta Wale.

The clash lasted for a few minutes before the two went backdoor. Many people are waiting for the real lyrical battle between the two.

READ ALSO; You Do All – President Akufo Addo Finally Congratulates Shatta Wale For His Collaboration With Beyonce

Meanwhile, a video of how they got searched by police officers has popped up.

READ ALSO; Sarkodie gets featured on a billboard at the famous New York Times Square

Is Mzvee Finally Expecting A Baby ?